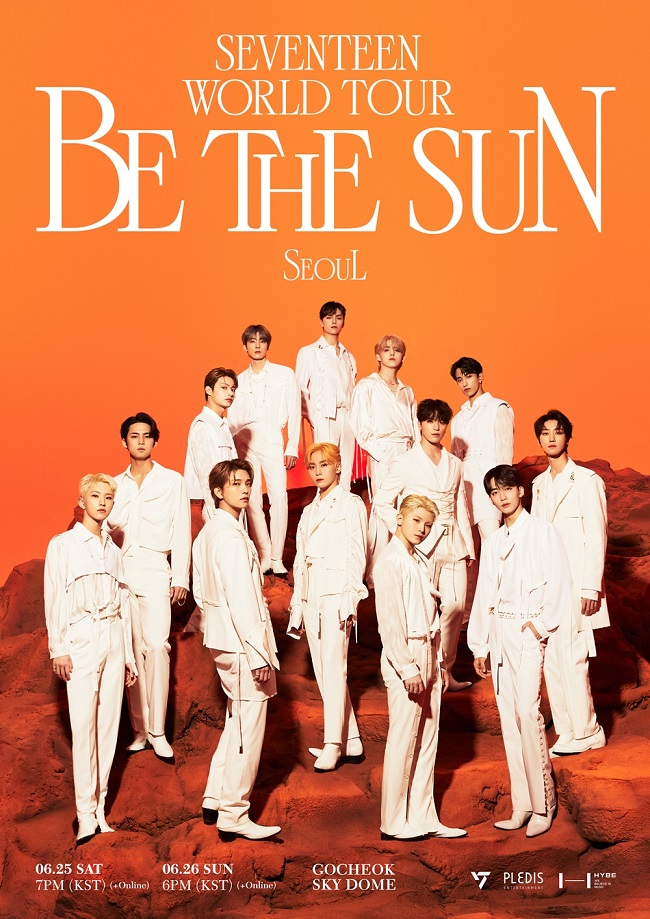 This photo provided by Pledis Entertainment is a promotional poster for Seventeen’s third world tour “BE the Sun” that begins in Seoul next month.

The “Be the Sun” tour will begin at Gocheok Sky Dome in Seoul on June 25-26 and continue in 12 North American cities until Sept. 6, Pledis Entertainment said.

It marks the band’s first world tour since its “Ode To You” tour in 2019, some of whose stops were canceled due to the COVID-19 outbreak the following year.

Among the 12 cities are Vancouver of Canada, Seattle, Oakland, Los Angeles, Houston, Fort Worth, Chicago and Washington, D.C. The agency said more stops can be added later.

The upcoming concerts in Seoul are expected to attract the largest number of spectators since the pandemic began in 2020, as almost all COVID-19 related restrictions for music concerts were lifted.

The stadium is primarily used for baseball and has a capacity for nearly 20,000 spectators.