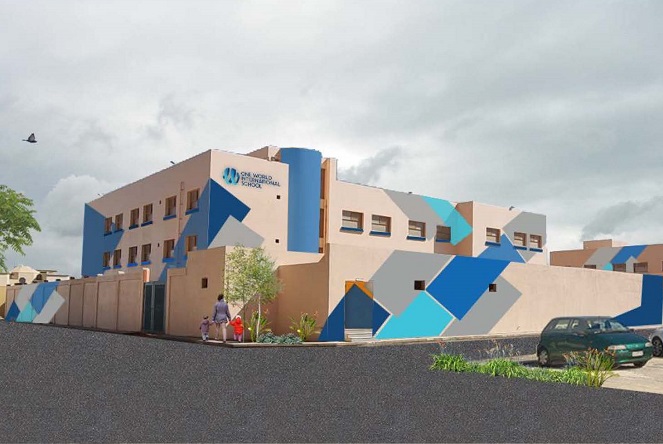 An artist’s rendition of OWIS Riyadh Campus in Saudi Arabia. The school is scheduled to open in September 2022.

RIYADH, Saudi Arabia, May 14 (Korea Bizwire) — Under the patronage of the Royal Commission for Riyadh City (RCRC), Singapore’s prestigious Global Schools Foundation is opening its first school campus in the Saudi capital in September 2022. The One World International School (OWIS) will be the fourth school to be established in Riyadh under the RCRC’s International Schools Attraction Program, an initiative to bring international schools to the Saudi capital in partnership with the Kingdom’s Ministry of Investment and the Ministry of Education.

Mazen Tammar, Head of Education Sector at the RCRC, said: “Attracting prestigious global institutions such as the OWIS is a big part of how Riyadh is creating a world-class education ecosystem. This is a significant milestone in improving educational opportunities for all Riyadh residents. The international institutions brought here by the RCRC will not only enhance the education sector but also contribute to the transformation of the capital into the world’s most competitive and liveable cities by 2030.”

Atul Temurnikar, GSF Chairman, said: “OWIS believes in an all-inclusive education to help the next generation blossom into young adults with a global outlook. The school also adapted its education to meet the needs of the changing times. The Riyadh campus will give students the right foundation to propel them to international success in the future.”

OWIS students in Riyadh will gain exposure to peers, experts, and faculty from the GSF’s global education network through inter school, inter-campus and international activities to support in building strong student portfolios and global mindsets. GSF’s educational offering is underpinned by value-driven programs that builds emotional intelligence and equips students to flourish in culturally diverse environments.

Founded in 2002, Singapore-based GSF has several international brands under its aegis, including OWIS, Dwight School – Seoul, GIIS etc. It operates 26 campuses in eight countries with a strength of over 25,000 students from 70 nationalities across Asia and the Middle East, and is internationally recognised for its high standards in academics. The Kingdom of Saudi Arabia will be the ninth country in the GSF network.