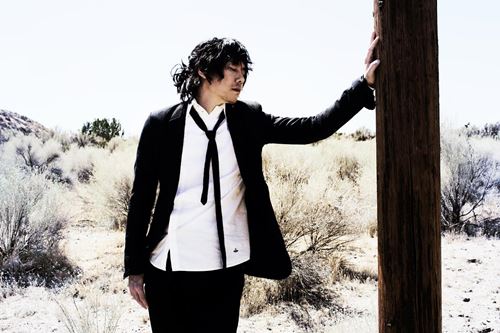 Kim plans to be on the stage of Fondazione Teatro Goldoni, a renowned 400-year-old theater in Italy, on December 13. (image: Concert World)

Kim plans to be on the stage of Fondazione Teatro Goldoni, a renowned 400-year-old theater in Italy, on December 13, as part of his concert tour. The concert in Venice will be followed by the first one in Gwangju, South Korea.

Early this year, the Korean singer attended the Venice Carnival 2014 as a main artist for the first time in Asian countries and received huge acclaim, which resulted in holding the concert in the theater where Italian singers badly want to perform. He donated all his income from the performance to the carnival committee for the natural environment of Venice and in return received an appreciation plaque from the committee.

Kim has done performances and good works at the same time not only in Korea but also in other countries. He held a concert in the Royal Ontario Museum in Canada and donated proceeds from it to Canadian advocacy groups. He was, as a result, bestowed awards from the Toronto municipal assembly and the mayor last year. In China, he donated money to reforest deserts. He planted a total of 20,000 trees with young people from South Korea and China.

“I am obsessed with good concert venues. I am now very happy to be on the stage of beautiful Fondazione Teatro Goldoni in Italy,” He said. “Considering the fact that Venice is the best city of art in the world, I will focus on singing and harmony with my audience rather than concentrating on other performance effects. I am preparing for a collaboration work with a Korean traditional music troupe and another one with an Italian opera singer,” he added.

Until March 3 next year, he will continue to have his concert tours, and four other new songs will be released during the concerts. After a month of recess, he will resume his concert at the Milano Expo 2015 following ones in the United States and China.