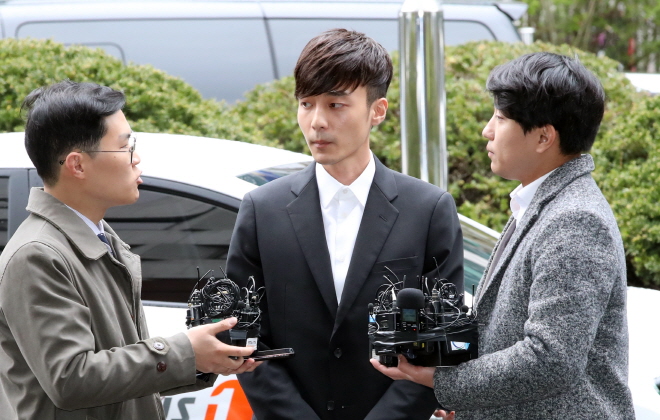 The 26-year-old, whose real name is Kim Sang-woo, appeared at the major crime unit of the Seoul Metropolitan Police Agency in central Seoul at around 2:30 p.m.

“I apologize to my fans and the public for causing concern. I will faithfully face the investigation,” he told reporters.

Kim is accused of uploading sexually explicit photographs in a KakaoTalk mobile chatroom. Police booked him last week on the charge of circulating obscene materials in violation of information and telecommunications law.

Seungri and a few other Korean signers are being investigated, and singer and TV personality Jung Joon-young has been arrested for uploading his own sex videos in the widening scandal that has rocked the K-pop entertainment industry.