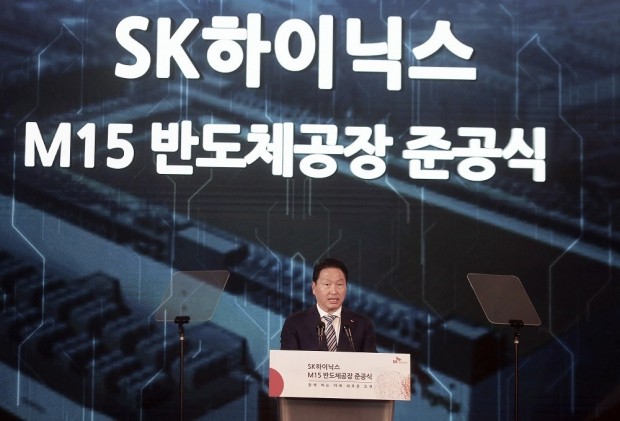 Thanks to the recent ‘super boom’ in the global market for semiconductors, many believe that SK hynix has become one of SK’s leading businesses. (Image courtesy of SK Group)

On top of SK’s expertise in energy, chemical, and network services, the company sought to add a new pillar of growth by bringing semiconductors into the fold.

Despite the daring plan, some showed concern that the ‘victor’s curse’ could turn into reality. In fact, a year after purchasing Hynix, SK sustained a loss of 227.3 billion won.

However, thanks to the recent ‘super boom’ in the global market for semiconductors, many believe that SK hynix has become one of SK’s leading businesses.

Last year, SK hynix delivered outstanding financial results as it reported more than 10 trillion won in profits. It has also grown to constitute more than half of SK’s aggregate stock value, making it SK’s most representative business.

Chey was not hesitant to show his satisfaction, as he noted at the ceremony’s opening address that “a business once struggling from deficit has taken solid ground as the global leader in semiconductors.” 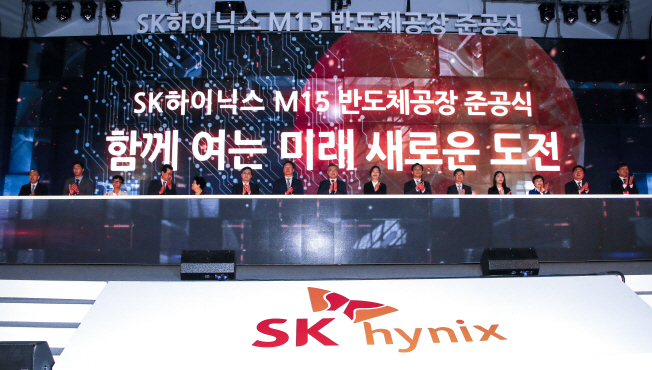 Park Sung-wook, CEO and Vice-Chairman of SK hynix, will mark his sixth year at the company’s helm in recognition of his role in delivering the company’s highest performance in corporate history.

In addition, 41 employees have been promoted, a sign of trust coming from Chey.

“Incumbent presidents have come to participate in our ceremony, not just for M15, but also for M14 back in 2015,” a SK hynix official said, adding that “Chairman Chey has more than enough reasons to love SK hynix. The company he himself bought has now all grown up.”