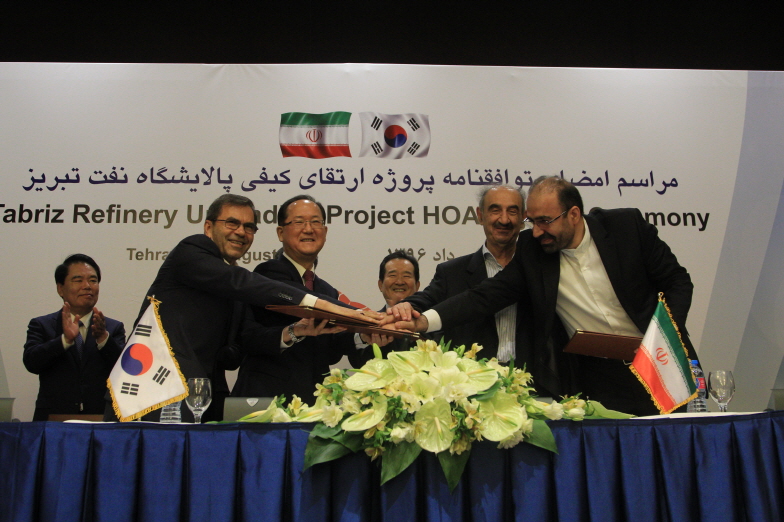 SEOUL, Aug. 6 (Yonhap) — SK Engineering & Construction Co., a South Korean builder, said Sunday that it has signed a US$1.6 billion deal with an Iranian company to carry out an oil refinery modernization project.

Under the agreement with Tabriz Oil Refining Co., an affiliate of Parsian Oil and Gas Development Group Co., the South Korean builder will renovate and upgrade the gasoline and diesel manufacturing facilities in the Tabriz oil refinery compound, some 600 kilometers northwest of Tehran, according to SK E&C.

The project is to be completed within 36 months after the groundbreaking, the company added.

Since the signing of the landmark nuclear deal and the removal of international anti-Iran sanctions, the Tehran government has been moving to attract foreign companies in order to boost its oil industry and the economy.