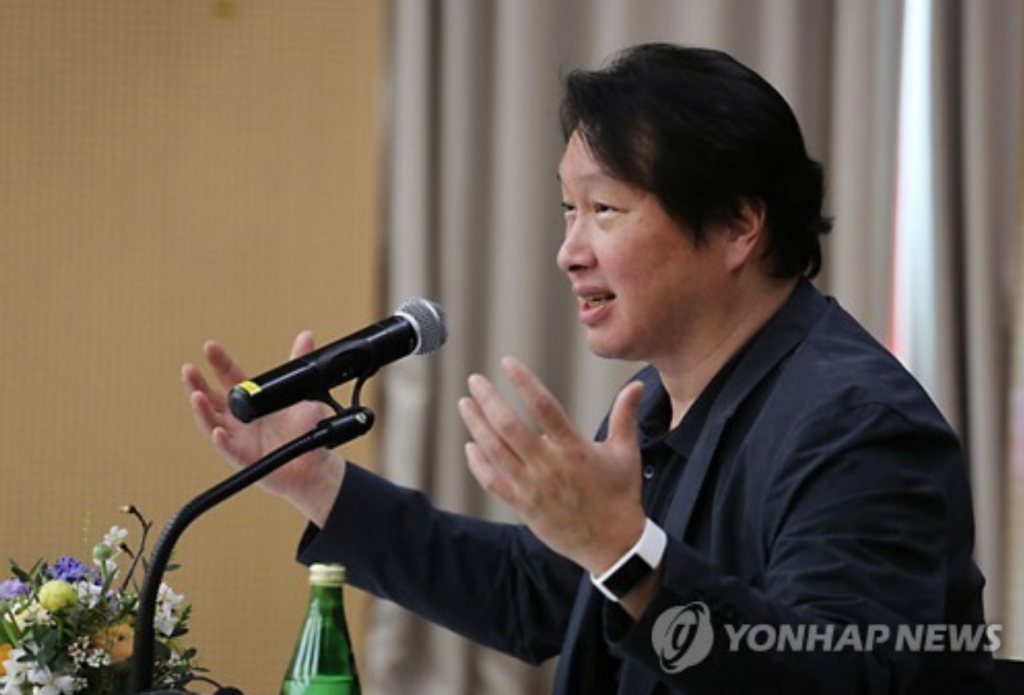 “The bidding for Toshibia that is currently being processed is not binding. Accordingly, the price holds no significance,” SK Group Chairman Chey Tae-won said. (image: Yonhap)

SEOUL, April 14 (Korea Bizwire) – SK Group’s chief has shown a strong will to take over the memory division of Japanese tech giant Toshiba Corp., as the group’s chipmaking unit, SK hynix Inc., joined the race for the acquisition.

“The bidding for Toshibia that is currently being processed is not binding. Accordingly, the price holds no significance,” SK Group Chairman Chey Tae-won said after a lecture Thursday at a local university.

The remark was a response to concerns that South Korea’s No. 3 conglomerate’s preliminary bidding price for Toshiba’s business is below those suggested by rivals.

Toshiba is the world’s second-largest maker of NAND flash memory chips, mainly used in smartphones and other mobile devices. The chip is used to store data even when devices’ power goes off.

Toshiba plans to sell up to its entire stake in its memory operations as it struggles with losses from its nuclear power business in the United States. The Japanese firm initially only intended to sell around a 20 percent stake.

The deal is expected to fall in line with SK hynix’s latest steps to bolster its NAND flash memory operations. If it wins the deal, the company will become the No. 2 player worldwide.

The preferred bidder will be selected around June.