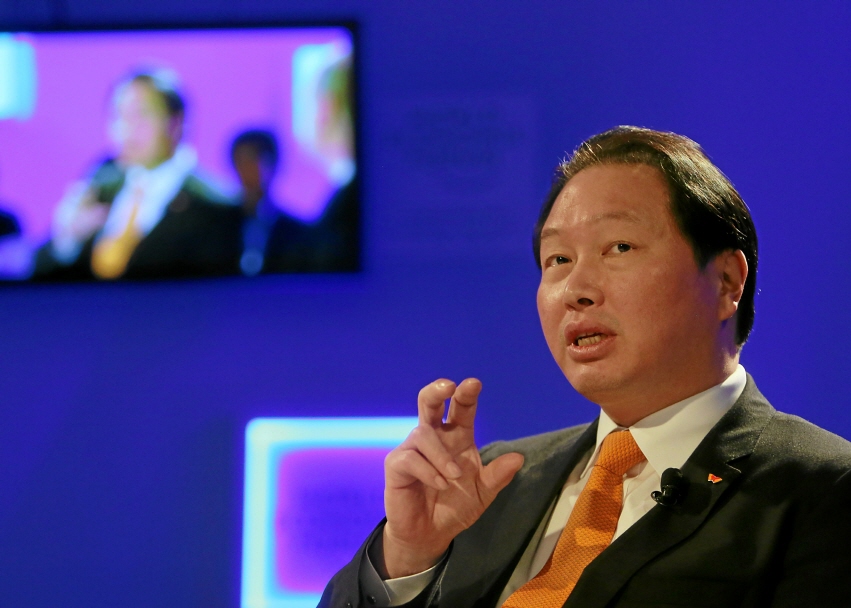 CEOs of the group’s key subsidiaries met in Seoul on Tuesday where they discussed enhancing work effectiveness and contributing to spurring local demand, according to insiders. Specifics included seeking shared growth with all tiers of the group’s suppliers and “big break” vacations for employees, they said.

The conglomerate will encourage workers to combine their summer vacation with their annually allowed off days to go on long breaks, giving them enough time to travel upwards of two to three weeks at a time.

“Circumstances will differ from company to company, so we can’t force them to all follow, but long vacations can improve productivity and contribute to domestic demand,” a group executive said. “We are encouraging our employees to take local trips during vacations, especially to small cities and resorts instead of big cities.”

To implement the “deep change” that SK Group Chairman Chey Tae-won emphasized recently, the conglomerate will pursue joint growth with not just its primary subcontractors but secondary and other suppliers as well, officials said.

SK Incheon Petrochem, one of the group’s affiliates, has already acted with its staff, sharing part of their salaries with suppliers and the company operating a matching grant for cooperation with subcontractors.

“Seeking joint growth and cooperation with subcontractors is not just an emphasis made by the Moon Jae-in government, but the responsibility of all in the business community,” the group official said. “This perception will grow going forward.”