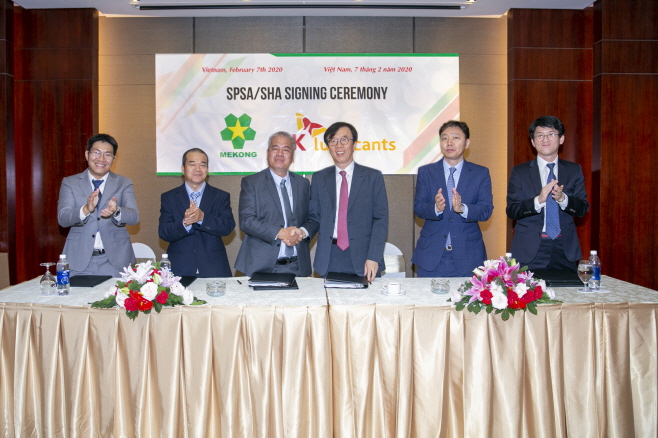 SEOUL, Feb. 9 (Korea Bizwire) — SK Lubricants Co., an affiliate of refiner SK Innovation Co., said Sunday it has made a stake investment in a Vietnamese lubricants company for an expansion into Asian markets.

SK Lubricants signed a deal to acquire a 49 percent stake in Mekong, Vietnam’s biggest lubricants company, on Friday to strengthen its presence in Vietnam and the Association of Southeast Asian Nations (ASEAN) markets, the company said in a statement.

“Through the partnership, Mekong will sell SK Lubricants’ Korean-made products in Vietnam and manufacture lubricant products based on base oil shipped from SK Lubricants’ plants in South Korea, Indonesia and Spain for local sales in the Southeast Asian market,” a company spokesman said over the phone.

The company didn’t provide the value of the contract, citing a confidentiality agreement.

Lubricant is capable of reducing friction, heat and wear when introduced as a film between solid surfaces.