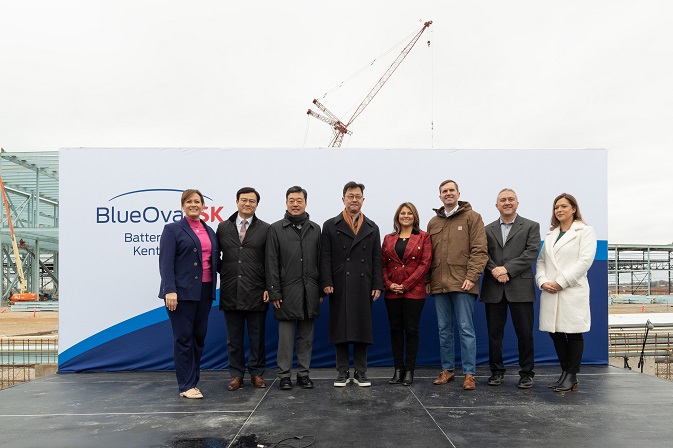 The project is part of the US$11.4 billion investment the two companies announced in September last year to build two EV battery manufacturing facilities in Kentucky and a third one in Tennessee.

“Over the next two years, BlueOval SK will build the biggest and most advanced plants for EV batteries, and Kentucky will become a vital center for the future of clean mobility,” Chey said.

The Kentucky battery plants, once completed, aim to produce up to a total 86 gigawatt hours annually, churning out batteries powering Ford and Lincoln EVs starting in the first quarter of 2025 following trial runs.

The third plant to be built in Stanton, Tennessee, will break ground within this year, aiming to produce 43 GWh per year from 2025.

SK On, the battery-making unit of South Korea’s No. 2 conglomerate SK Group, is expected to tout an annual production of 150 GWh in the U.S. alone in 2025, along with its two other standalone EV battery plants in operation and under construction in Georgia.