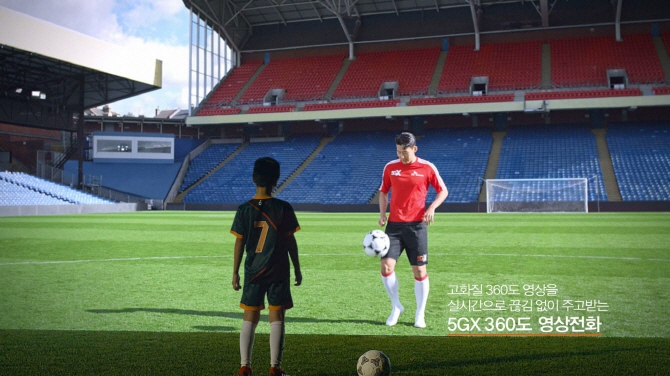 SK Telecom revealed the 5GX Dream Project via YouTube and television, where Son makes a video call from London’s Selhurst Park Stadium to Jung Hyun-jun, an elementary schooler in South Korea, whose dream is to become a soccer player.

The two were connected through a 5G video call, which was immediately transmitted to a giant screen in a South Korean stadium as well as to a tablet PC in Selhurst Park.

Son and Jung engaged in conversation as if they were right next to each other. Son taught Jung how to shoot, dribble and trap a ball.

Since England doesn’t have 5G support, they used high-speed Wi-Fi inside Selhurst Park Stadium to connect the table PC.

“It felt like I was meeting Son in person,” said Jung. “It was all I ever dreamed of.”