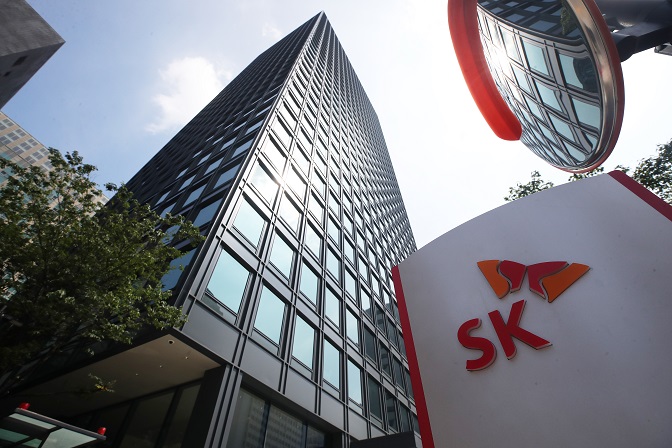 The energy-to-telecom business group will also spend 25 trillion won on research and development (R&D) over the next five years to shore up its technological competitiveness in those areas it is pushing for as future growth drivers.

The latest announcement came after it unveiled a 247 trillion-won investment blueprint through 2026, with a focus on semiconductors, electric vehicle (EV) batteries and EV battery components, and bio portfolios.

SK has said 179 trillion won of the investment will be spent domestically.

Some 9.8 trillion won has been set aside for digital technologies, including the 5th generation (5G) mobile network.

About 2.2 trillion won will be invested in biopharmaceuticals, such as new drug development, vaccine production and contract manufacturing, SK said.

Most of the 25 trillion won earmarked for R&D will be spent in the semiconductors and materials areas, while the remainder of about 3.1 trillion won has been allotted for green energy, digital and bio.

SK Group said it plans to hire over 13,000 new employees this year, up 50 percent from last year’s number as part of efforts to expand the new businesses and contribute to job creation.