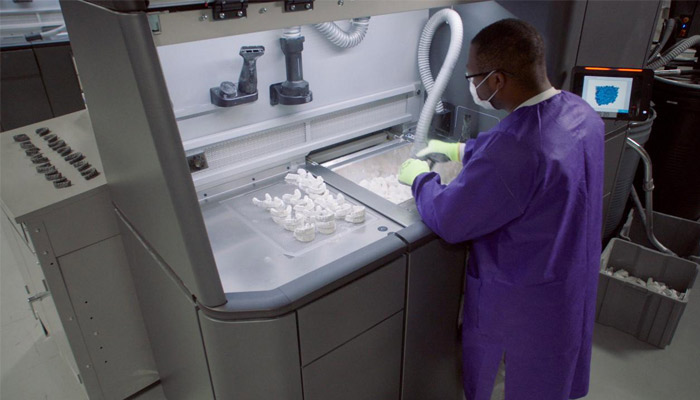 NBC’s February 13, 2020 ‘Nightly News’ report contained more than 40 false and misleading statements about SmileDirectClub and the treatment patients receive from the hundreds of board-certified doctors who use the company’s platform to treat patients, the Company said in the lawsuit filed at the state courthouse in Nashville. SmileDirectClub’s reputation was wrongly sullied and its business unjustly harmed as a result of the NBC story according to the suit.

The Company added, “Making matters worse, NBC knew it was not telling the truth to its viewers and readers.”

In the wake of NBC’s report, and as a direct result of it, SDC’s market cap plummeted by $950 million. As provided for by law, SmileDirectClub is seeking to recover treble damages pursuant to Tennessee’s Consumer Protection Act.

“SmileDirectClub gave NBC every opportunity to retract this defamatory report and correct the record voluntarily. NBC choose not to so. At that point, the company had no choice but to bring this lawsuit to defend its brand and the reputation of hundreds of doctors who are using SmileDirectClub’s telehealth platform to treat patients every day,” said J. Erik Connolly, Vice Chair of the Litigation Practice Group at Benesch, Friedlander, Coplan & Aronoff, and outside counsel for SmileDirectClub. “With this lawsuit, SmileDirectClub is not just holding NBC accountable for its misconduct, but it is also telling its affiliated doctors and shareholders that SmileDirectClub stands by their side and will fight to protect their interests and reputations.”

According to the lawsuit, prior to NBC publishing its reports, SmileDirectClub made available to NBC hundreds of pages of documents demonstrating the safety and effectiveness, and benefits, of the treatment patients receive using the company’s telehealth platform.

Additionally, SmileDirectClub made senior officers available to NBC to answer questions and arranged interviews with doctors who treat patients using SDC’s platform, as well as with many of the more than 750,000 patients whose lives have been changed for the better as a result of the treatment they received.

NBC chose to ignore this information and these sources because it never intended to publish the truth, according to the lawsuit.

“NBC must be held accountable for its abuse of power and betrayal of trust,” the Company said in the lawsuit. “Viewers and readers across the country turn to the media for the information they need to make decisions about their health and well-being. NBC abused their trust by publishing reports about SDC that were littered with false and misleading statements. NBC’s misconduct not only financially injured SDC, but it also prevented patients from seeking the affordable treatment they need for their orthodontic problems and caused investors to lose millions, if not billions, of dollars.”

About SmileDirectClub
SmileDirectClub, Inc. (Nasdaq: SDC) (“SmileDirectClub”) is an oral care company and creator of the first direct-to-consumer medtech platform for teeth straightening, now also offered directly via dentist and orthodontists’ offices. Through our cutting-edge teledentistry technology and vertically integrated model, we are revolutionizing the oral care industry, from clear aligner therapy to our affordable, premium oral care product line. SmileDirectClub’s mission is to democratize access to affordable and convenient care, unleashing the power of a person’s smile to positively impact their place in the world. SmileDirectClub is headquartered in Nashville, Tennessee and operates in the U.S., Canada, Australia, New Zealand, United Kingdom, Ireland, Germany and Hong Kong. For more information, please visit SmileDirectClub.com.