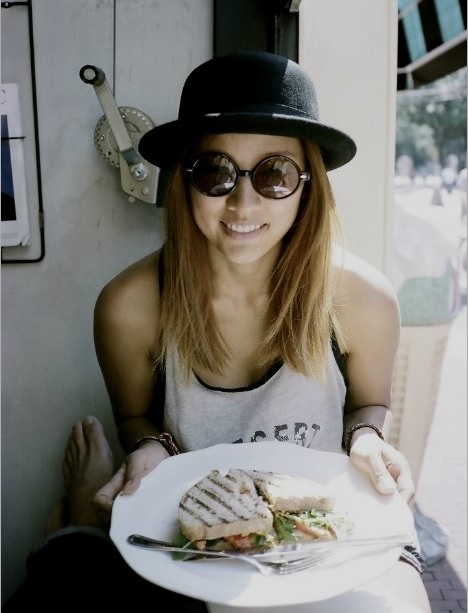 Lee Hyori surprised the nation by making remarks on workers fighting to get back to their workplace. (image: Lee Hyori’s Naver Blog)

SEOUL, Dec. 23 (Korea Bizwire) — Lee Hyori, the South Korean female singer famous now more for supporting animal rights cause, surprised the nation by making remarks on workers fighting to get back to their workplace.

She said on December 18 on her Twitter account, “I want the new car Tivoli at Ssangyong Motor to sell well next year and see the laid-off workers to be hired again. If that happens, I will dance in front of the Tivoli in bikini.”

To a reply of an Internet user “I want to see Girls’ Generation and Girl’s Day to be part of the campaign, she answered, “I think that would be better in terms of effectiveness.” To a proposal to film for the Tivoli commercial by another Internet user, she responded, “I will do it for free as long as I get the job.”

Lee Chang-geuk, a senior member of the Metalworkers Union and a laid-off worker himself from Ssangyong Motor, said in his Facebook page, “I saw [Lee Hyori’s] posting on Facebook and I couldn’t believe my eyes.” Since the 13th this month, Mr. Lee and his colleague Kim Jung-wook have protested in the Pyeongtaek plant of Ssangyong Motor by climbing up the plant’s chimney to demand full reinstatement of the workers five years ago.

In April 2009, Ssangyong Motor issued pink slips to 2,646 workers for reasons that it was suffering from financial difficulties. The company subsequently fired 159 workers who refused to retire voluntarily.