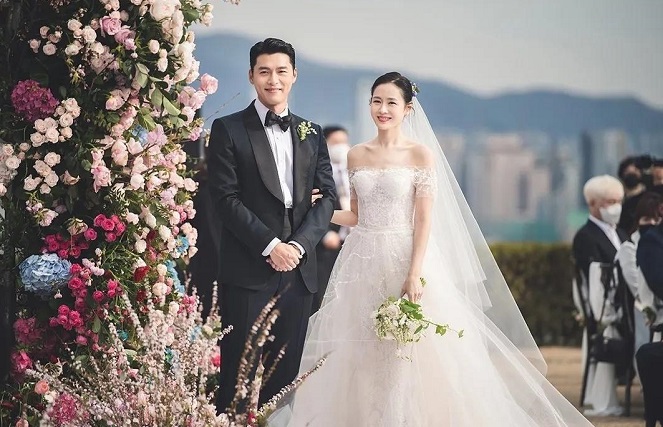 A wedding photo of Hyun Bin (L) and Son Ye-jin, provided by VAST Entertainment on April 11, 2022.

“I’m going to cautiously convey good news. A new life has arrived for us,” Son said on her Instagram account.

The 40-year-old actress said she is still bewildered but is feeling the changes in her body day by day amid worries and excitement. “I’m so grateful but careful that I haven’t told people around me yet.”

Her agency said she is currently at an early stage of pregnancy but did not disclose the exact number of months.

They had worked together as co-stars of the 2018 film “The Negotiation” and “Crash Landing On You,” cable TV channel tvN’s 2019-20 global hit rom-com TV series.