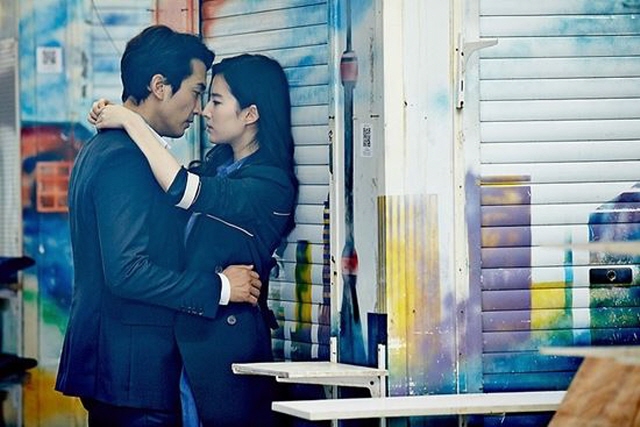 The Better ENT said the couple decided to “remain as friends” after having a hard time due to their busy schedules and long physical distance.

In August, 2015, the two stars confirmed they were dating.

They became close while appearing in the Chinese romantic flick, “The Third Way of Love,” together in 2014. Since then, photos surfaced showing the two dating in Korea and China. At one time, she was seen attending Song’s birthday party in Korea.

The star of “Autumn in My Heart,” which was popular around Asia, Song, 41, most recently starred in SBS’ “Saimdang, Memoir of Colors” and OCN’s TV series “Black.” Liu, 30, a popular actress as well as a singer, is scheduled to play the lead role in Disney’s live-action adaptation of “Mulan.”