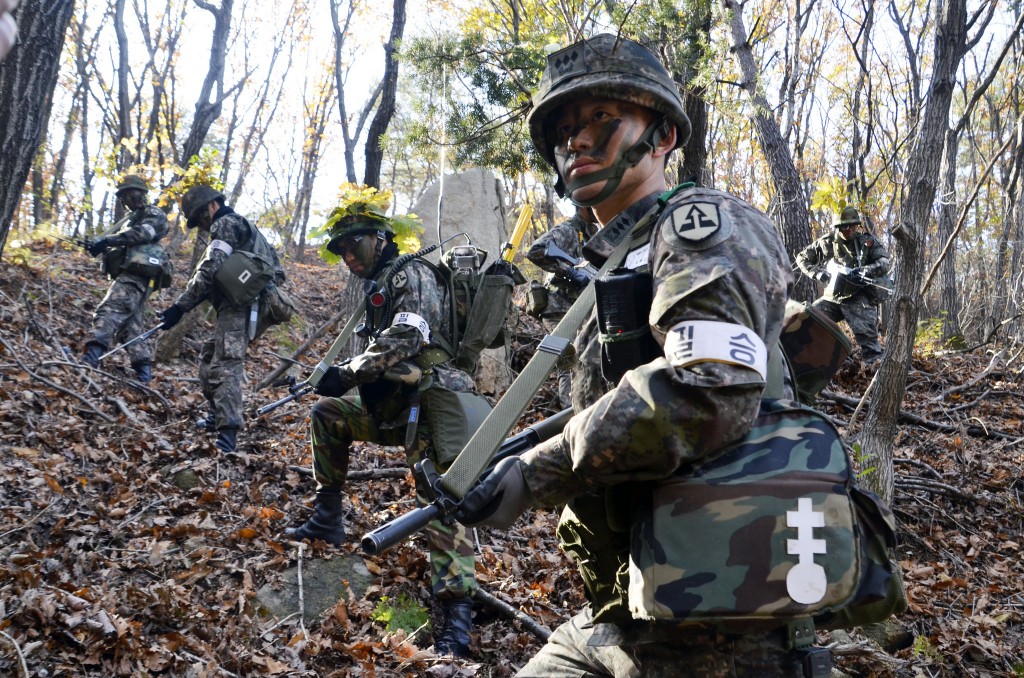 Under current South Korean military law, sexual intercourse between members of the same gender is defined as molestation, even with mutual consent. (Image: Republic of Korea Army 52th Infantry Division from Flickr)

SEOUL, Apr. 22 (Korea Bizwire) — Growing evidence of an alleged investigation into homosexual acts in the South Korean army including images of conversations on gay dating app Jack’d between service members and secret service agents is causing an uproar, with some human rights groups calling for the army general accused of giving the order to track down gay soldiers to step down.

Captured images of conversations on the dating app show one user opening up a dialogue in an ordinary manner, which then leads to a series of questions in an attempt to identify and track down the other party involved.

In an audio file of a conversation recorded during an interrogation, which is linked below, investigators were heard verbally threatening the accused soldier, asking personal questions such as “what would your parents think if they found out?”

One lieutenant whose name is being withheld was charged earlier this week with breaching the country’s military laws, after a video surfaced on social media allegedly depicting him engaged in sexual intercourse with another man.

Under current South Korean military law, sexual intercourse between members of the same gender is defined as molestation, even with mutual consent.

Since then, calls have been growing for the lieutenant to be released, even though he was set to be discharged from the army this month after completing his service.

Minbyun, a South Korean social organization of progressive lawyers, also chimed in, saying, “to issue an arrest warrant for an active duty soldier in his final month of service is a breach of his basic rights.”

The organization also slammed the arbitrary rules and inconsistency in the investigation process, offering up as comparison a recent case where a request for an arrest warrant was denied for a heterosexual soldier who ran away after imprisoning and battering his girlfriend.

The Center for Military Human Rights Korea (MHRK) claims the piece of legislation is the product of a bygone era of U.S. military law. 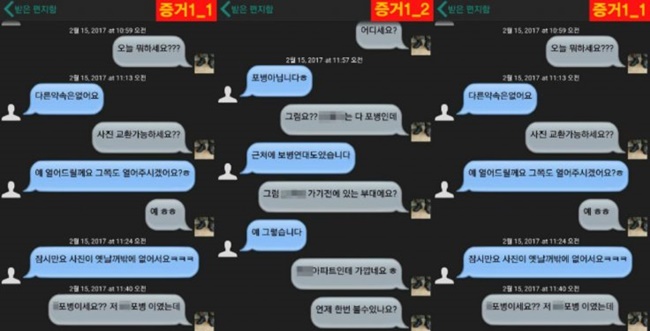 Captured images of conversations on the dating app show one user opening up a dialogue in an ordinary manner, which then leads to a series of questions in an attempt to identify and track down the other party involved. (Image: the Center for Military Human Rights Korea)

In America’s case, an article in the Uniform Code of Military Justice which criminalizes sodomy was ruled unconstitutional in 2003 in the Lawrence v. Texas case. In 2011, under the liberal Obama administration, the “Don’t ask, don’t tell” policy that prohibited LGBT individuals from openly serving in the U.S. armed forces was abolished.

As evidence continues to emerge, human rights groups including Rainbow Action Against Sexual-Minority Discrimination are calling for army chief of staff Jang Jun-kyu, who ordered the undercover investigation into gay soldiers currently serving in the military, to step down.

The army earlier denied the allegations in a statement, saying that the investigation team launched the investigation after recognizing a video had been uploaded depicting a soldier engaged in sexual intercourse with another man on social media.

With news that donations for the army lieutenant detained unjustly have surpassed 20 million won, a protest held by the MHRK against the controversial investigation of gay soldiers took place last night in front of the main building of the Ministry of National Defense in Yongsan.