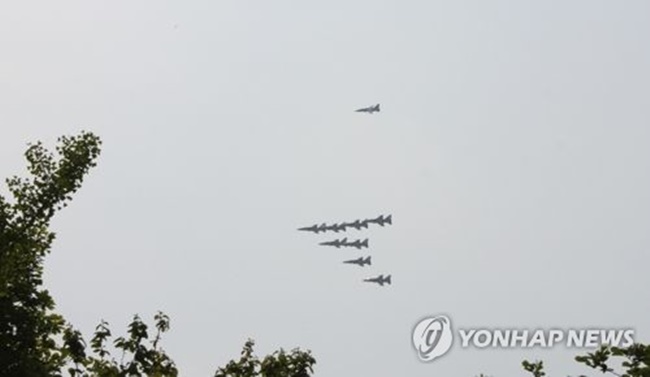 SEOUL, May 25 (Korea Bizwire) – South Korea’s defense authorities on Wednesday approved a procurement project to improve the military’s system to identify aircraft and determine whether it’s an enemy or a friendly force.

In a monthly meeting on pending arms-related projects, presided over by Defense Minister Han Min-koo, the military decided to launch the Identification Friend or Foe (IFF) program next year via both the country’s own R&D and overseas purchase, according to the Defense Acquisition Program Administration (DAPA).

It is aimed at upgrading the Mode 4 in use by South Korea’s armed forces to the Mode 5 with better anti-wiretap and anti-jamming functions, it said.

“The size of the program is estimated at 2.5 trillion won (US$2.2 billion),” Kim Si-cheol, DAPA’s spokesman, told reporters later in the day.

The military has yet to decide details on procurement methods, which would depend on various types of the system, he said, adding either Foreign Military Sales (FMS), based on government-to-government contacts, or commercial deals can be an option in case of overseas purchases.

Once the capability improvement program is completed, the military will be able to carry out more effective combined operations with an improved identification system and survivability, said the agency.

The South’s 625,000-strong military is confronted by North Korea’s 1.1-million troops just across the border.