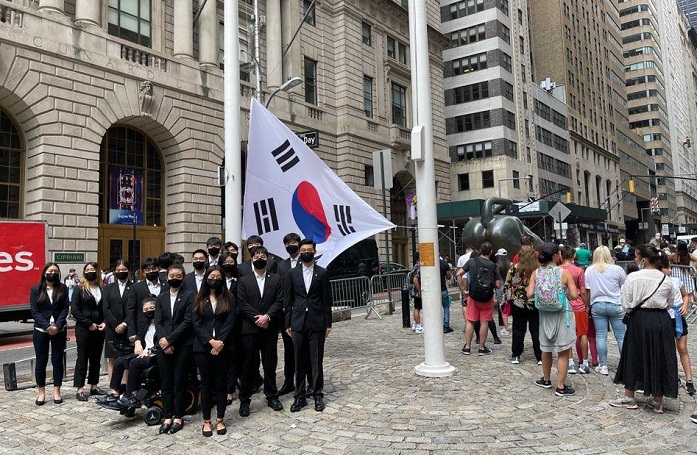 The Asian American Youth Council, a group of Korean American youths in the U.S. eastern states, held a flag-raising ceremony for the South Korean national flag on Broadway in Manhattan in New York City on Tuesday (local time) in celebration of the 76th anniversary of the Liberation Day.

The flag, raised alongside the Stars and Stripes flag, will be hoisted for a whole week.

It is the first time for a South Korean national flag to be raised in front of the Charging Bull, the group said. The ceremony was carried out by Korean Americans to raise public awareness about Aug. 15 Liberation Day. 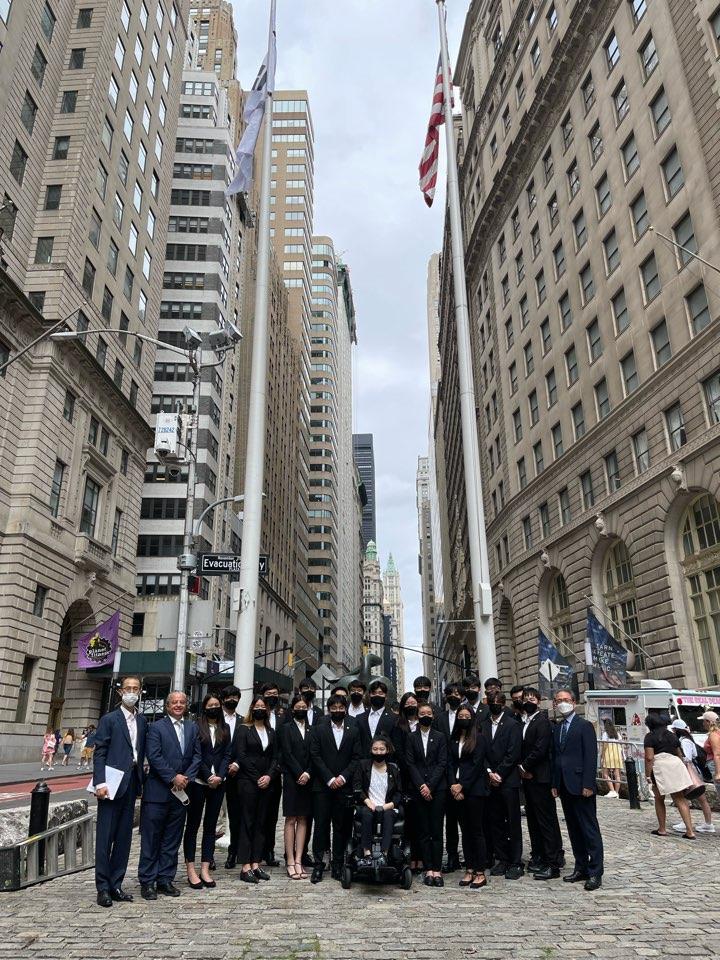