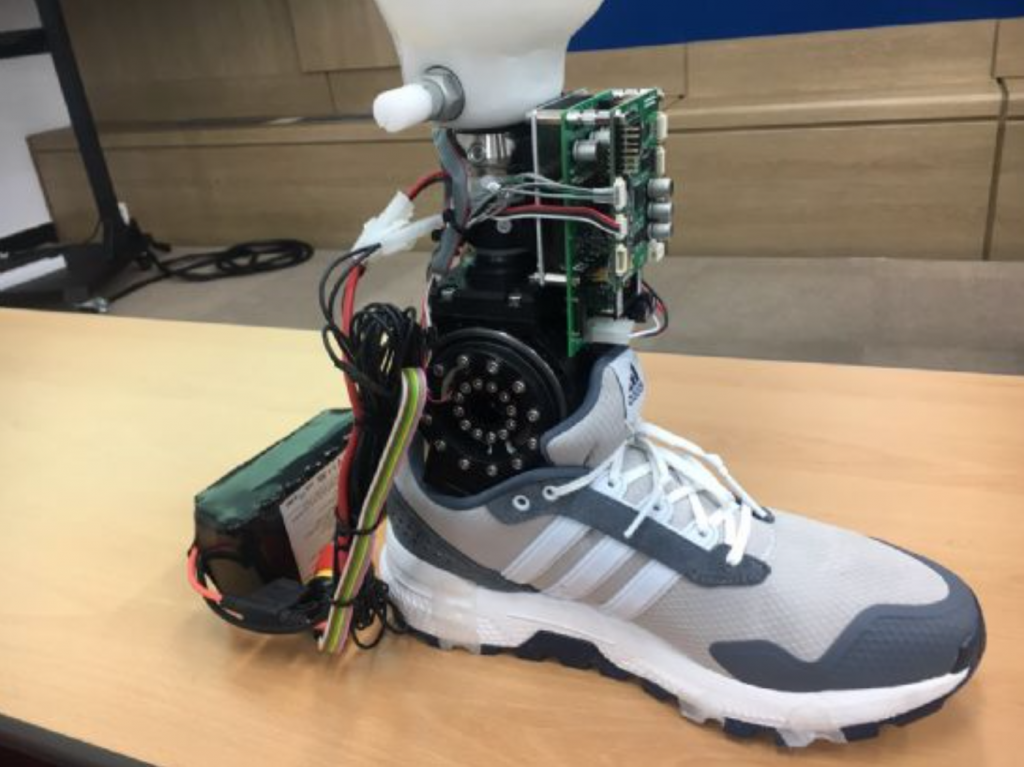 SEOUL, April 27 (Korea Bizwire) – A research team from the Daegu Research Center (Korea Institute of Machinery & Materials) has developed a highly advanced robotic ankle with what could be the world’s highest levels of torque.

According to Dr. Woo Hyun-soo, announcing the technology on Wednesday at the Gwacheon government complex, the device weighs about 1.4 kilograms, similar to a human ankle. “It achieves the reflex of a human foot kicking off the ground with a torque of 150 Newton meters,” he said.

The torque figure of 150 Newton meters is the same measurement achieved by the BioM, a robotic ankle developed by American prosthetics maker BionX, and currently considered as the best prosthetic technology available. But the BioM is slightly heavier than Woo’s device at 1.8 kg, he added.

Another big advantage of Dr. Woo’s prosthetic is that it permits natural movement of the ankle, allowing the mechanical joint to twist by up to 30 degrees. In order to achieve this, Woo and his team took advantage of various measuring systems, including 3D motion capture, to analyze human movements. 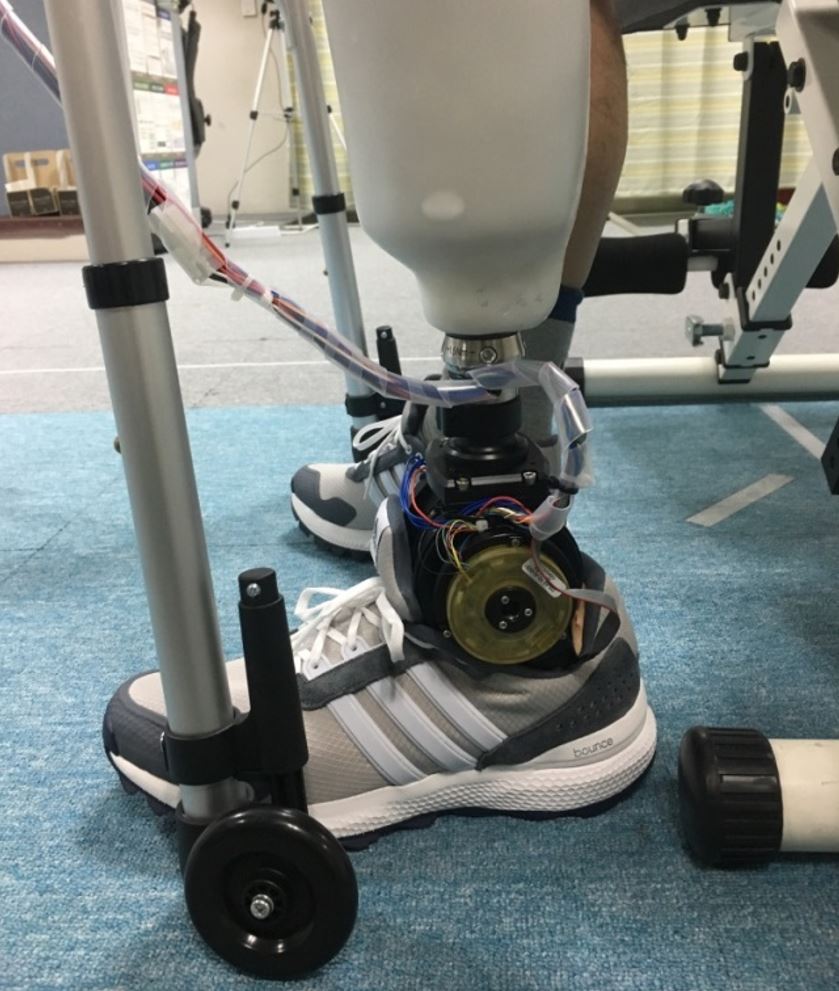 The team has applied for technology patents in both Korea and the U.S. The technology for the artificial ankle’s motor mechanism – a core technology for robotic legs – was transferred to a local SME, and the team is currently underway with a clinical trial in partnership with the Inje University Haeundae Paik Hospital.

The global market for robotic legs was valued at 10 trillion won ($8.85 billion) in 2016, with the local market worth 25.4 billion won, according to data from the Korea Industrial Marketing Research.