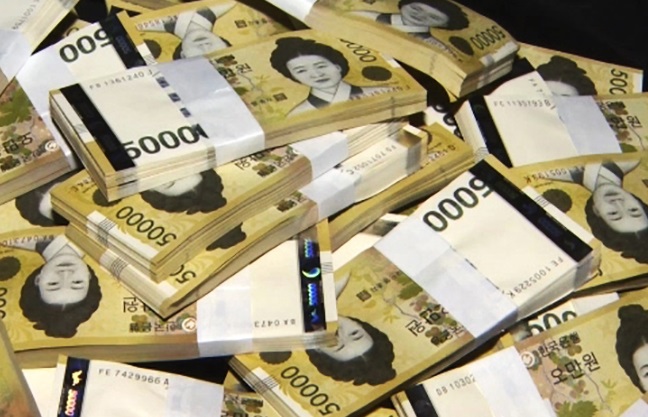 The report found that 40 percent of South Korean adults had wealth over $100,000, which is about four times the worldwide average of 9 percent. (image: Yonhap)

According to the “Global Wealth Report 2018” published by Credit Suisse Research Institute (CSRI), the average monetary assets held by adult Koreans totaled $171,740, which was equivalent to approximately 195 million won.

The CSRI stated, “From $50,770 at the turn of the century, wealth per adult more than doubled by 2006 and did not drop during the global financial crisis with smoothed exchange rates.”

The report also offered an analysis of more recent developments, reporting that “over the entire 2000–18 period, wealth per adult grew at an average annual rate of 7.2 percent, almost twice the growth rate for the world as a whole and much greater than the 1.9 percent average annual growth rate in the Asia-Pacific region.”

The report even described the nation as “truly a wealth growth star” with the average level of wealth similar to that of Western Europe.

The report also highlighted the fact that despite the nation’s high savings rate and well-developed financial institutions, the composition of household wealth was skewed more toward non-financial assets.

“The latter now make up 62 percent of total assets, reflecting the high value of real estate in a crowded and prosperous country,” according to the report.

But the CSRI also took note of the relative spread of wealth in a population where a domination of wealth by an elite few was less rampant.

“South Korea’s wealth Gini coefficient is 67 percent, and the share of the top 1 percent of wealth holders is 26 percent. Low relative inequality shows up in the fact that only 2 percent of the adult population has wealth below $10,000,” said the report.

Moreover, the report found that 40 percent of South Korean adults had wealth over $100,000, which is about four times the worldwide average of 9 percent.

Meanwhile, the report noted that the wealthiest half of world citizens had more than $4,210 in assets.

“However, $93,170 is required to be a member of the top 10 percent of global wealth holders, and $871,320 to belong to the top 1 percent,” concluded the Credit Suisse Research Institute.