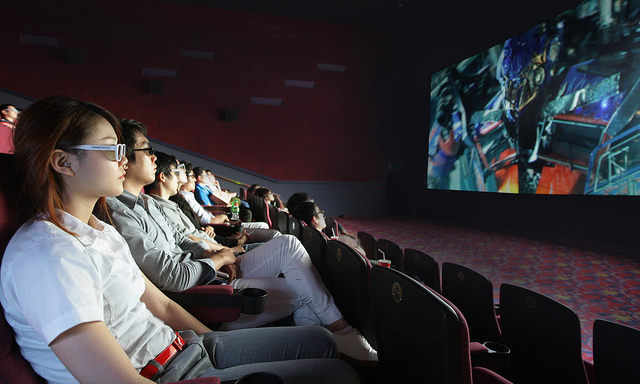 SEOUL, South Korea, June 25, 2014 (Korea Bizwire)–MEGABOX, one of South Korea’s largest cinema chains, today will debut the first MI-HORIZON3D system in South Korea for the opening of Transformers: Age of Extinction. Following the successful installation of the high-brightness, premium MI-HORIZON3D, MEGABOX will continue to deploy systems throughout the year.

The MI-HORIZON3D is the innovative new three-beam optical system based on MasterImage 3D’s patented cinema technologies. It is designed from the ground-up to project the industry’s most complete 3D presentation: high-brightness light efficiency, wider color gamut for vivid presentation and superior image clarity that pops off the screen.

Established in 2000, MEGABOX has changed the paradigm of the film theater industry, pioneering and leading it across a broad spectrum with diverse contents and platforms. Within three months of the opening of its first cineplex, it attracted more than a million moviegoers.

Today, with the mission of ‘creating a platform to share the bliss and meaning of life,’ MEGABOX has become one of the largest cinema chains operating over 450 screens with more than 60 cineplexes in South Korea. Its cineplex at COEX Mall is the largest among all its properties – and continues to hold a Guinness world record of 6.22 million attendees in a year.

“As the cinematic visuals of 3D movies continue to improve with each film, our patrons have come to expect the highest quality viewing experience when they visit MEGABOX cineplexes,” mentioned Youlgu Lee, head of projection, MEGABOX. “MI-HORIZON3D system’s high-brightness pictures and sharp 3D images will set a new bar for premium 3D in South Korea.”

MasterImage 3D’s new MI-HORIZON3D system is designed for premium theaters looking for a high-brightness solution that does not sacrifice image clarity. The stable optical design and three-beam method reduces keystoning and produces 3D images with extremely low crosstalk (less than 2%) for maximum clarity.

Current high-brightness 3D systems keep out certain color wavelengths, resulting in lackluster images. The MI-HORIZON3D does not filter color, resulting in a more vivid 3D experience. Like all MasterImage 3D systems, it is offered with a flexible purchasing model, with no ongoing royalty fees.

“We are very honored to have MEGABOX as a partner, as they are one of the most innovative and respected megaplexes in South Korea,” said Younghoon Lee, Chairman and CEO of MasterImage 3D. “We designed our new MI-HORIZON3D system so that our exhibition customers could put the best possible 3D picture on screen and entertain South Korean movie-goers with a 3D presentation that is bright, vivid and sharp.”