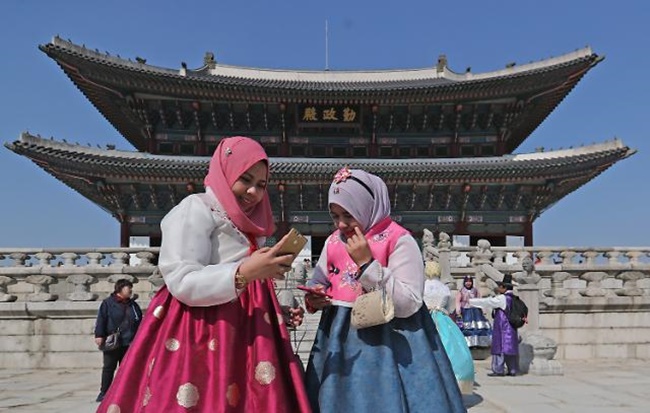 Under the newly introduced visa policy, visitors from the Southeast Asian region can arrive in South Korea via Incheon Airport then fly out of Jeju International Airport. (Image: Yonhap)

JEJU, April 18 (Korea Bizwire) – Tourists from Southeast Asian countries visiting Jeju Island on the last leg of their tour will soon be able to travel to the rest of South Korea for five days without a visa, according to government officials.

At a provincial government conference held yesterday, Jeju Province Governor Won Hee-ryong announced plans to lift tourist visa restrictions for those coming to Jeju as the final destination of their trip to South Korea.

When the new visa rule takes effect in September, Southeast Asians nationals will be able to visit cities like Seoul and Busan for up to five days and Jeju for as long as 10 days without the hassle of obtaining a visa, so long as Jeju is included in their itinerary.

Under the newly introduced visa policy, visitors from the Southeast Asian region can arrive in South Korea via Incheon Airport then fly out of Jeju International Airport.

“Since it’s difficult to lift tourist visas for all of South Korea for many reasons, we have to create an environment where visitors feel satisfied enough to come back again for a longer stay,” the mayor of Jeju said.

Both the Ministry of Culture, Sports, and Tourism and the Ministry of Justice are on board with the new tourist visa scheme as both branches are reportedly in the process of selecting beneficiary countries and tourist agencies to exclusively supervise and manage the trips.

The government’s move to ease tourist visa restrictions for visitors to the largest island off the southern coast of the Korean Peninsula comes after the number of Chinese tourists to the region plummeted over the political conflict surrounding the deployment of a THAAD missile system in South Korea.