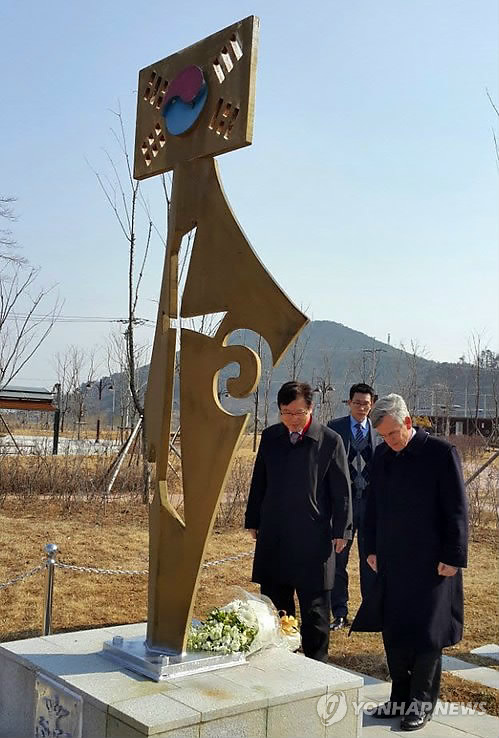 Gregorio de Céspedes, a Spanish Jesuit Priest, was the first European to arrive in Korea. He came to the Korean peninsula at the request of the Roman Catholic Church in 1593, and stayed for one year during the Japanese Invasion of Korea at Jinhae, where Japanese troops were stationed in at the time. Mr. Gonzalo Ortiz paid due respect to Céspedes in front of a memorial sent from Madrid in 1993, in celebration of the 400th anniversary of Céspedes’ visit to Korea.

The landing of Céspedes on Korean soil on December 27, 1593 happened 60 years sooner than that of Hendrik Hamel from the Netherlands, who was the first to write a book about Korea in a European language. 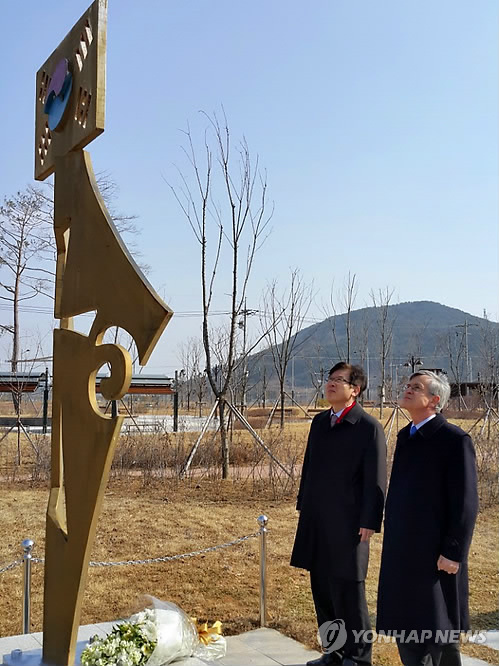