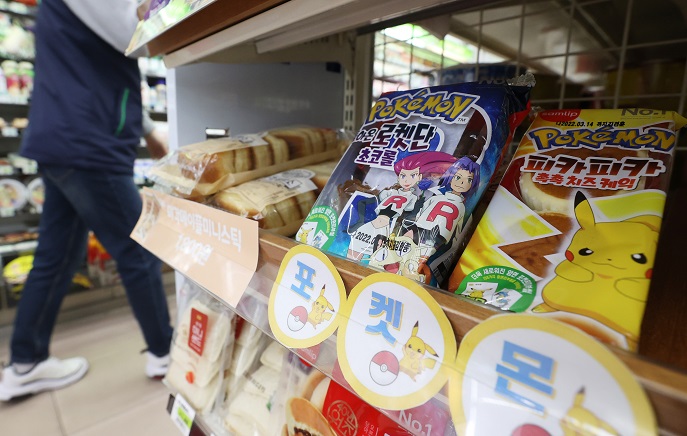 Pokemon-themed bread, produced by SPC Aamlip, is displayed on the shelves of a convenience store in this undated photo. (Yonhap)

SEOUL, Aug. 10 (Korea Bizwire) — SPC Samlip Co. reported Wednesday that its second-quarter net profit jumped 57.5 percent thanks in part to a spike in sales of its “Pokemon bread.”

SPC attributed strong earnings in the second quarter to a local craze over its Pokemon bread that comes with a sticker of a character from the popular Japanese animation series.

Around 70 million units of the product have been sold since its relaunch in February this year after its sales were suspended in 2006 due to expiration of the license for the character use, it said.