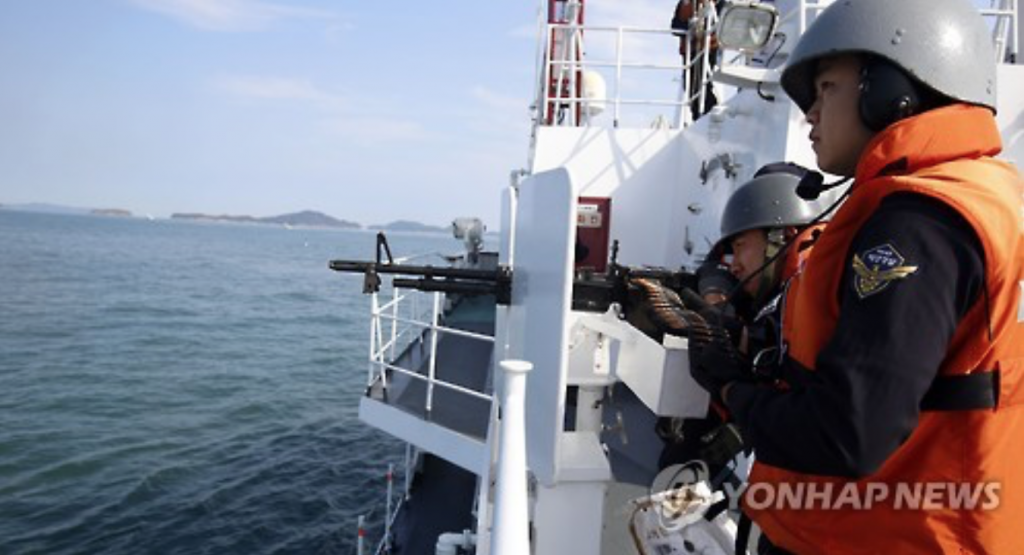 Illegal Chinese fishing reached its peak last year, even resulting in the sinking of a 4.5-ton KCG speedboat in October after it was rammed by one of some 40 Chinese fishing boats. (image: Yonhap)

INCHEON, Jan. 12 (Korea Bizwire) – A special unit of the South Korean Coast Guard will soon launch, with its mandate specifically dedicated to protecting western seas off the coast of Incheon from illegal Chinese fishing operations.

According to the Central Regional Headquarters Korea Coast Guard, 331 coast guard personnel will be assigned to the unit, operating six 500-ton patrol ships that are each equipped with a 20mm Vulcan and two 12.7mm machine guns, and three smaller 7 to 8-ton vessels armed with 5.56mm rifles.

As mid to long-term measures, a separate office will be built either on Baengnyeong or Daecheong islands with facilities to accommodate the ships, officials said, adding that in the meantime, the new squad’s headquarters will be located at the KCG HQ in Incheon.

The larger vessels will be stationed at the Incheon Coast Guard Pier while the smaller ones will be on full-time standby at Baengnyeong and Daecheong.

The KCG expects that the new unit will allow for a much more efficient and quicker crackdown on illegal fishing, as its operations will focus on the coastal waters of the West Sea. Currently, only four patrol ships are safeguarding the entire area up to the EEZ limit.

Illegal Chinese fishing reached its peak last year, even resulting in the sinking of a 4.5-ton KCG speedboat in October after it was rammed by one of some 40 Chinese fishing boats.

Following the incident, officials announced that they would make use of stronger firearms, including the M60 machine gun, against illegal activities, and for the first time on November 1, a coast guard unit fired some 700 rounds at a Chinese fishing boat that was resisting arrest.

The situation has rapidly improved. In the same month, the number of illegal fishing boats near Incheon seas fell to 1,712, from 3,953 in November 2015. The Chinese government also warned its fishermen not to oppose the South Korean Coast Guard after informing them of Korea’s new weapons procedure.

The KCG also said Wednesday that all fishing boats detained for illegal activities will be decommissioned, while maximum fines will be upped from 200 million won ($170,000) to 300 million won.

“We’ll get the special unit ready before April, which is when the fishing season begins for Chinese fishers,” said an official.