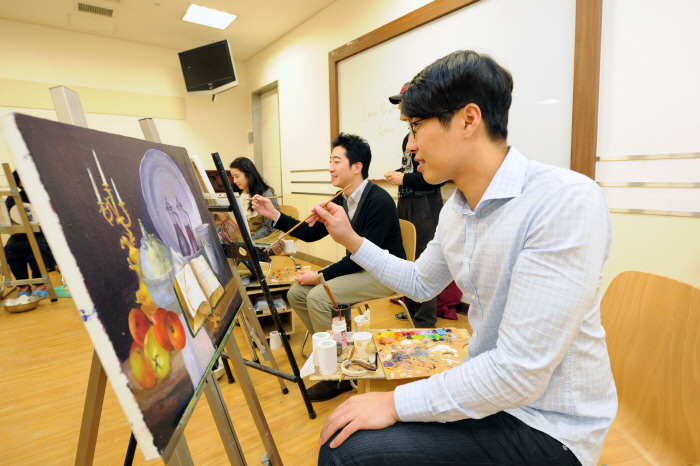 Total household spending on private education came to 42.24 trillion won (US$37.15 billion) last year, up 3.22 percent from a year earlier, according to findings by the Bank of Korea (BOK) and Statistics Korea.

“We think education spending by the people in their 20s and 30s has increased,” a BOK official said. “Noticeably, the spending increased starting in the third quarter, apparently affected by the 52-hour work system.”

Total household spending on hobbies, such as entertainment, came to 67.23 trillion won last year, up 4.6 percent from a year earlier, the data showed. The on-year growth is the largest since logging a 5.8 percent annual gain in 2011.

Spending on sports products, including fishing rods and golf clubs, skyrocketed 12.3 percent on-year in 2018, the largest on-year growth since 2010.

“Spending on hobby-related activities and leisure increased due to more people being interested in fishing and yoga,” the official said.

Consumption of certain alcoholic beverages has also gained popularity, mainly as a result of more people opting to drink alone, the data showed.