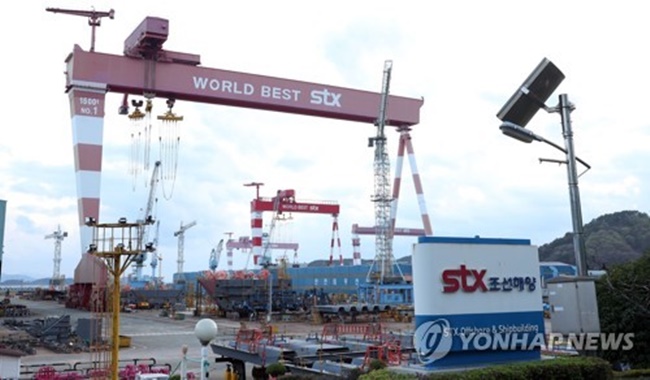 STX Offshore, once the world’s fourth-biggest shipbuilder by orders, was placed under court receivership in 2016 and graduated from the program in July 2017.(Image: Yonahp)

The decision came a day after the management and labor union of STX Offshore reached a last-minute deal on restructuring measures.

STX Offshore, once the world’s fourth-biggest shipbuilder by orders, was placed under court receivership in 2016 and graduated from the program in July 2017.

The KDB had originally asked STX Offshore to submit the self-rescue plan by Monday, but the shipbuilder submitted it some 18 hours after the deadline as it had to persuade its labor union to accept the terms laid out by the creditors.

A key part of the self-rescue plan is that the KDB can issue refund guarantees for new ships and keep the company in operation if STX Offshore’s management and union agree on a package that includes a 75 percent cut in labor costs and asset sales.

STX Offshore said it could cut the labor costs by using unpaid leaves and salary cuts without slashing workforce.

The KDB made clear it will diligently check whether STX Offshore is carrying out the self-rescue plan. It warned that if the plan is not implemented as pledged, it will put the shipbuilder under court protection.