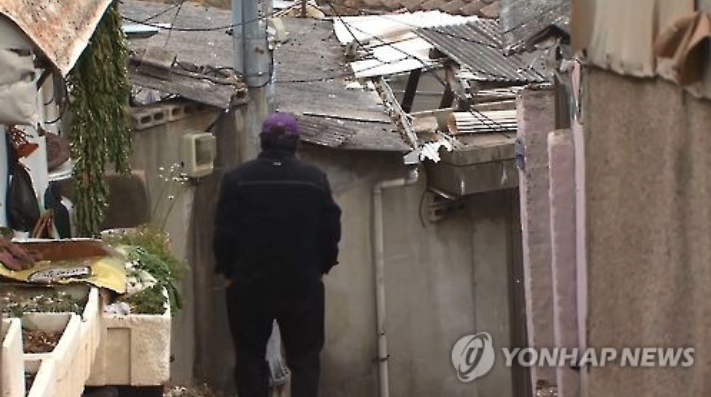 61.7 percent of people aged 65 or over were in poverty, up 1.5 percentage point from the previous year. (image: Yonhap)

SEJONG, Jan. 17 (Korea Bizwire) – The poverty rate for working low-income elderly people reached close to 62 percent in 2015, according to government statistics on Tuesday, showing that some of the aged population cannot sustain themselves even when they have jobs.

Records collected from Statistics Korea, Bank of Korea and the Financial Supervisory Service showed that 61.7 percent of people aged 65 or over were in poverty, up 1.5 percentage point from the previous year. The number started at 60.7 percent in 2011, the first year when statistics were collected, and fell to 59.8 percent in 2013 before rising back up to 60.2 percent in 2014.

This particular figure measures how many of the elderly can support themselves with income from working or personal assets. Those with incomes of less than half of the median are considered to live in poverty. The latest findings are an indication that many older people, even when they work, are in low-paying menial jobs and need extra help.

Situations are better for the elderly who receive state pensions. The poverty rate measured according to the amount of disposable income for people aged 65 or higher was 46.9 percent in 2015.

Im Wan-seop, a researcher at the Korea Institute for Health and Social Affairs, said alternative measures of government support are necessary to bring the seniors out of poverty.

“If the rate of income poor rises, the government’s financial burden also rises,” he said. “We should redirect our policy on the poor under low growth economic conditions and provide specific alternatives.”