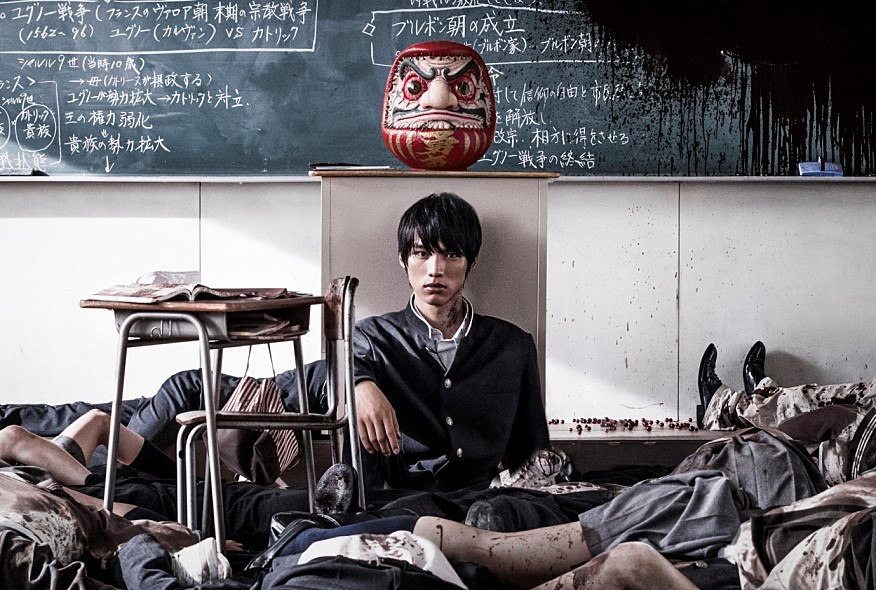 The film features an ordinary high school student leading a humdrum life who is forced to join a game of death. (image: still photo of the film “As The Gods Will”)

SEOUL, May 22 (Korea Bizwire) – Illegal copies of the Japanese film “As The Gods Will,” which was released in Korea on May 21, are circulating on the Internet, causing the distributor of the film to announce tough antipiracy measures.

Sidus Pictures, the importer and distributor of the Japanese thriller, said, “Currently, a ripped version of the official DVD released in Japan is being widely circulated on the Internet. We will mobilize every possible means to find the source and pursue legal action against those who downloaded the file.”

Ripping is the process of copying audio or video from CDs or DVDs to a hard drive. In principle, ripping for personal use is legal, but sharing files for profit or distributing them to others is illegal.

Sidus Pictures said, “Circulation of the film is undeniably an illegal act infringing on property rights. Not only distributing it online but also sharing, circulating and downloading the file is illegal.”

The film features an ordinary high school student leading a humdrum life who is forced to join a game of death.

The film was based on a comic book series of the same name, and recently topped the Japanese box office after its release in 2014.