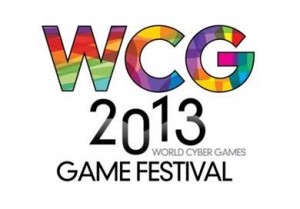 SEOUL, Korea, Nov 22 (Korea Bizwire) – World Cyber Games (WCG), Inc., the organizer of the longest running global eSports tournament and festival in existence, announced the partnership with the global leading corporations in various fields for the WCG 2013 Grand Final.Samsung Electronics, a main sponsor of WCG will support for the great success of the event by operating their promotional booth to showcase Galaxy Note 3, Galaxy Gear and Game Pad to spectators who is visiting the WCG 2013 Grand Final. Other official sponsors will also provide various spectacles; NVIDIA will showcase GeForce GTX Graphic Card, i-rocks will showcase a gaming keyboard and mouse, and Plantronics, a global leader in audio communication, will showcase RIG Headset + Mixer, which is the official headset of the WCG 2013 Grand Final.

Moreover, Wargaming, Blizzard Entertainment and Tencent will operate their promotional booths to showcase their games and hold special tournament events for spectators. In addition, SmileGate will present dynamic experiences to spectators at their ‘CrossFire’ Stage.

“I am very pleased to announce the partnership with world’s leading companies in each industry,” said Brad Lee, CEO of World Cyber Games Inc. “We will show the win-win synergy effect that WCG and our sponsors can bring to people all around the world and in China, the land that presently has the most potential in eSports industry.”

The WCG 2013 Grand Final will be held from Nov 28th to December 1st in Kunshan, China, and about 500 best players from 40 countries will participate in the event. For more information, please visit www.wcg.com.