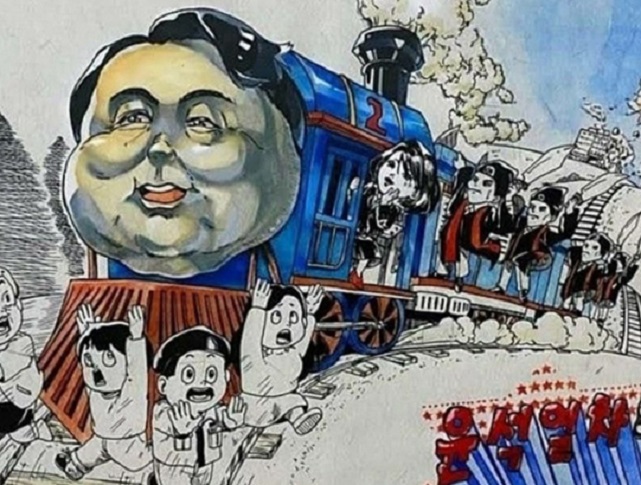 SEOUL, Oct. 5 (Korea Bizwire) — A satirical cartoon about President Yoon Suk-yeol has sparked a debate about freedom of expression after the culture ministry expressed regret and issued a warning to the organizer of a cartoon festival that awarded a prize to it.

Drawn by a high school student, the cartoon, titled “Yoon Suk-yeol Train,” went viral on the internet this week after it was displayed along with other prize-winning works at the Bucheon International Comics Festival, which ran from Friday to Monday.

On Tuesday, the culture ministry, which sponsored the contest, expressed regret and issued a “stern warning” to the organizer, the Korea Manhwa Contents Agency, which is affiliated with the city of Bucheon, just west of Seoul.

“Selecting and displaying the work that explicitly deals with political topics in a national cartoon contest for middle and high school students goes against the event’s purpose of inspiring students’ desire for creating cartoons,” the ministry said.

The ministry claimed the agency violated the terms of sponsorship, under which works with sexually explicit, violent and political content should be disqualified.

The ministry said it will take appropriate measures after investigating the selection process. It noted the government provides about 10.2 billion won (US$ 7.2 million) annually to the agency.

The agency countered that the work has been chosen in a fair process by a jury appointed by random recommendations. 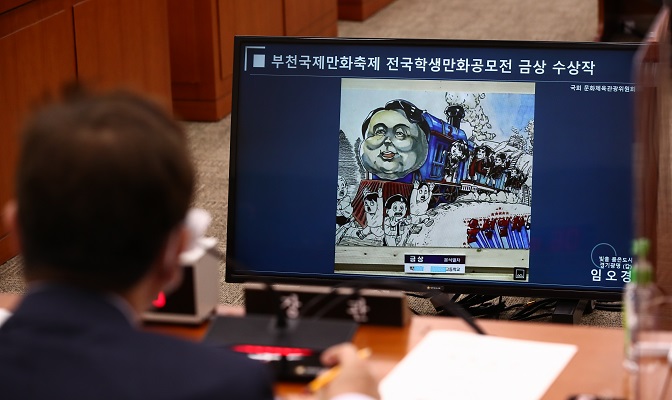 The Korea Webtoon Association accused the ministry of oppressing freedom of expression with a veiled threat to freeze the government subsidy.

Cho Kwan-je, chief of the Corea Cartoon Art Association, said some comics organizations are preparing to announce a joint statement against the government move.

“The government has gone too far,” he said. “It (the cartoon) may have caused discomfort because of its satire of the president,” he said, adding he felt sorry for the student who faces controversy only for expressing his thoughts in the artwork.

“The Yoon Suk-yeol government guarantees freedom of expression and creation as much as possible,” he said.

“It is not the work that we are taking issue with, but the Korea Manhwa Contents Agency, which politically polluted the student comics contest that has built a reputation for pure artistic sensibility,” he said.