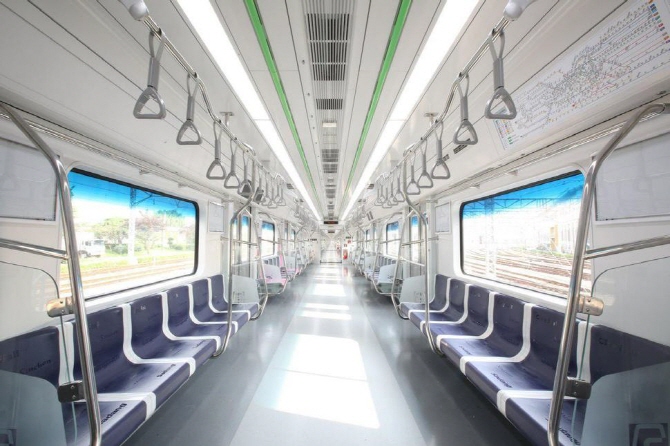 According to the Seoul Metropolitan Council, handles attached to the side of each bus seat and metal bars installed in subways have been designed for children. (image: Seoul Transportation Corporation)

SEOUL, Jul. 2 (Korea Bizwire) — Did you know that small handles attached to the bus seat and iron bars that stretch all the way down to the subway floor are designed for both adults and children?

The Center for Civic Awareness & Policy Making pointed out that despite the original intent, these devices being used mostly by adults due to lack of awareness among adults and the public, and called on the need to amend city legislation on convenient transportation for vulnerable groups.

Last March, a student researcher from the center, participating in a children’s rights conference, found out that children were struggling from the lack of handles on buses and subways.

According to the Seoul Metropolitan Council, handles attached to the side of each bus seat and metal bars installed in subways have been designed for children.

Based on their findings, the center deemed that the problem lies in informing the citizens, and decided to raise public awareness on the original intent of the handles by calling on the need to amend relevant city ordinances.

Prior to the amendment process, the center hung posters on several public buses in Seoul to promote their initiative. Even the drivers were surprised to know that the handles were actually meant for children.

The center’s efforts paid off as the bill that amends relevant city ordinances passed the plenary session of Seoul Metropolitan Council this month.

The bill requires public transportation providers to inform passengers, either by broadcasting or applying stickers, that there are handles designed for children, and ask adult passengers to yield the handles to children if necessary.

The bill also established a legal basis for local authorities to pay for the cost of installing additional handles, as only 87 percent of buses in Seoul are equipped with handles for children.

“It was a meaningful act of reflecting the ideas of young adults and turning them into policy,” said lawmaker Lee Dong-hwan, who worked with the center on the bill.