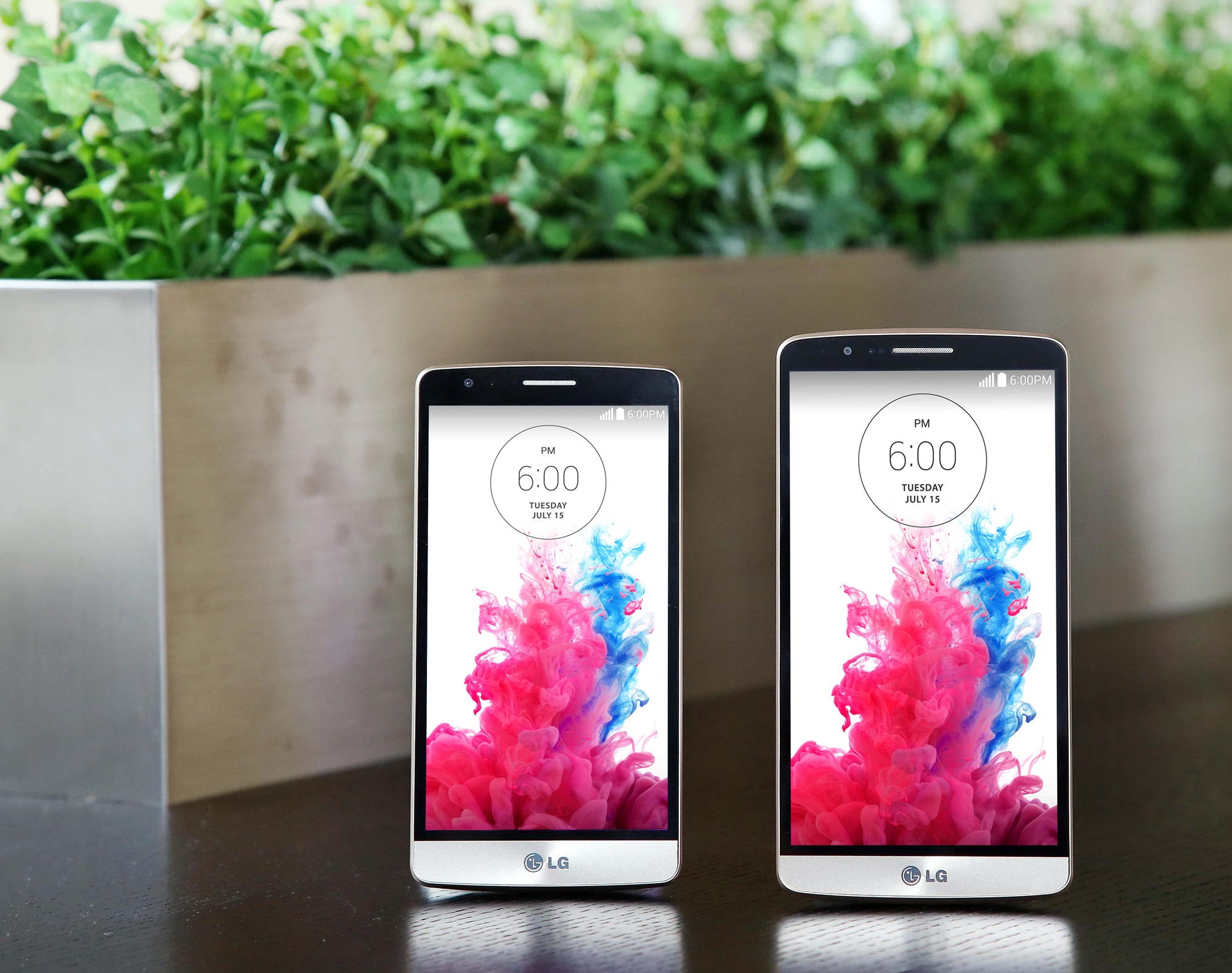 The LG G3 Beat was developed to address the growing low- to mid-tier segment of smartphone customers who want a great device that’s more compact but still powerful enough to run the most popular apps. With the fast pace of technology in the wireless industry, it’s now more possible than ever to offer a smartphone that does all this but at a lower price point than was previously possible. LG G3 Beat retains the best features and functions of the G3, delivering its values without compromising usability.

Proving that less can be more, the LG G3 Beat comes with a largest-in-class 5.0-inch HD IPS display with a screen-to-body ratio of 74.1 percent, the highest in the mid-tier smartphone segment. The LG G3 Beat offers impressively thin bezels and a robust 2,540mAh battery. The LG G3 Beat features the Floating Arc Design first unveiled on the LG G3, boasting smooth curved sides and gradually tapered edges for the ultimate comfort in grip and feel.

Highlights of the LG G3 Beat include:

￭ Laser Auto Focus enables the G3 Beat to focus precious moments faster than ever before by measuring the distance between the subject and the camera using a laser beam.

￭ Touch & Shoot lets users simply touch anywhere on the display to focus and shoot, reducing a two-step process to just one.

￭ Gesture Shot allows you to simply clench your hand in front of the screen to automatically begin a three-second countdown before the picture is snapped.

￭ Smart Keyboard learns how you type for faster input with fewer mistakes, reducing errors by up to 75 percent.

￭ QuickMemo+ lets you jot, sketch, take notes and be as creative and inspired as you want to be.

LG Electronics Mobile Communications Company is an innovator and trend leader in the global mobile communications industry. LG is driving the evolution of mobile forward with its highly competitive core technologies in the areas of dis-play, battery and camera optics and strategic partnerships with noted industry leaders. LG’s consumer-centric products — including the flagship premium G Series models — incorporate unique, ergonomic designs and intuitive UX features that enhance the user experience. The company remains committed to leading consumers into the era of convergence, maxim-izing inter-device connectivity between smartphones, tablets and a wide range of home and portable electronics products. For more information, please visit www.LG.com.