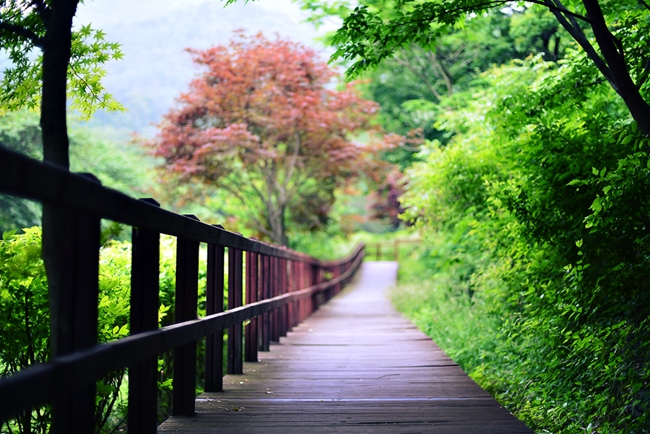 SEOUL, Aug. 23 (Korea Bizwire) — Due to the unprecedented heat wave that swept the nation this summer, vacationers preferred to travel to cooler venues such as mountains, creeks and indoor holiday destinations.

According to the municipality of Boryeong and Taean-gun of South Chungcheong Province, 9.57 million tourists visited Daecheon Beach this summer, down 30 percent from last year’s 13.59 million visitors.

Meanwhile, the number of visitors to the Seongjusan Recreational Forest increased by 6 percent from 33,242 last year to 35,310 this year during the peak season between July 13 and August 19.

Tourists to Samwon-dong in Seongju, an area known for its cooling waters, and Meokbang Valley increased in number by 38 percent from around 18,000 last year to approximately 25,000 this year.

This trend was similar to the Taean region, home to more than 20 beaches. The total number of people who vacationed at Taean’s beaches this year was 1.68 million people, down 23 percent from last year’s 2.18 million.

But the number of visitors to the region’s forest park in Anmyeon-do increased by 9.2 percent from last year’s 11,900 people to 13,000 people this year.

An overall trend showed that this year’s summer vacationers preferred to spend their holidays in cooler areas where shade was widely available, rather than beaches which become too hot to bear in the summer’s sweltering heat.