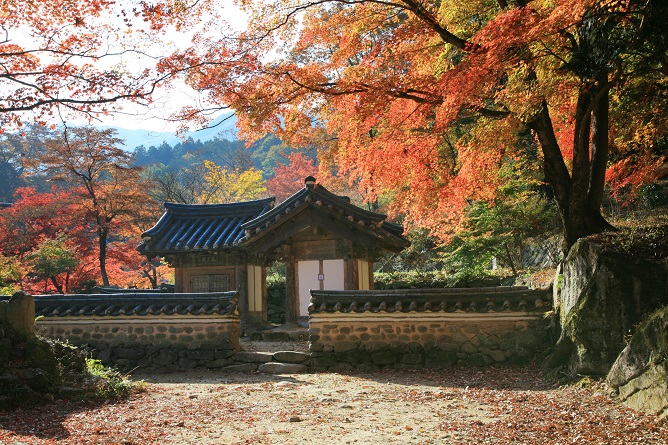 Suncheon, a South Jeolla Province city known as South Korea’s center of ecology, is one of the recommended destinations for those wanting to rest away from fears of COVID-19 and enjoy various experience tours.

Suncheon, about 415 kilometers south of Seoul, gained international fame in 2006 when Suncheon Bay, a coastal wetland featuring wide tideland, fields of reeds, salt swamps and habitat for migratory birds, became the first Korean coastal wetland to be included in the Ramsar list of protected wetlands.

In 2018, the entire city of Suncheon was designated as a UNESCO Biosphere Reserve.

The tidal flat of Suncheon Bay and Naganeupseong Folk Village, a well-preserved town castle of the Joseon Dynasty (1392-1910), are about to be listed as UNESCO World Heritage sites.

Seonam Temple on Mount Jogye in Suncheon was listed as a UNESCO World Heritage site in June 2018. The temple is known for Seungseon Bridge, which is designated as National Treasure No. 400 and is said to be Korea’s most beautiful arched stone bridge.

Of the temple’s twenty some old trees, two — a white mume tree and a red mume tree — are designated as Natural Monument No. 488. 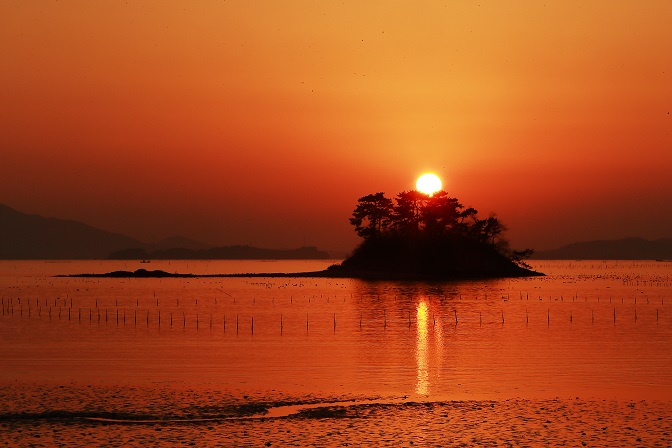 This file photo shows a sunset at Waon Beach in Suncheon. (Yonhap)

Mount Jogye is also home to Songgwang Temple, which is dubbed as one of Korean Buddhism’s “Three Jewels” for producing a large number of high priests. It is also frequently visited by foreign monks wanting to study Buddhism.

The two temples are recommended as great places to think and clear the mind while walking along the dense forest and valley.

Naganeupseong Folk Village, designated as historical site No. 302, is a representative planned city of the Joseon Dynasty.

It features straw roof houses and daily dwellings indigenous to the southern area, with kitchen areas, clay rooms and Korean-style verandas. Even now, nearly 100 households actually live in the village.

Naganeupseong was selected by the Korean government as the “2019 Korea Tourism Star” and as one of 32 family-friendly travel destinations. U.S. news network CNN also named the village as one of the 16 most popular tourist destinations in South Korea.