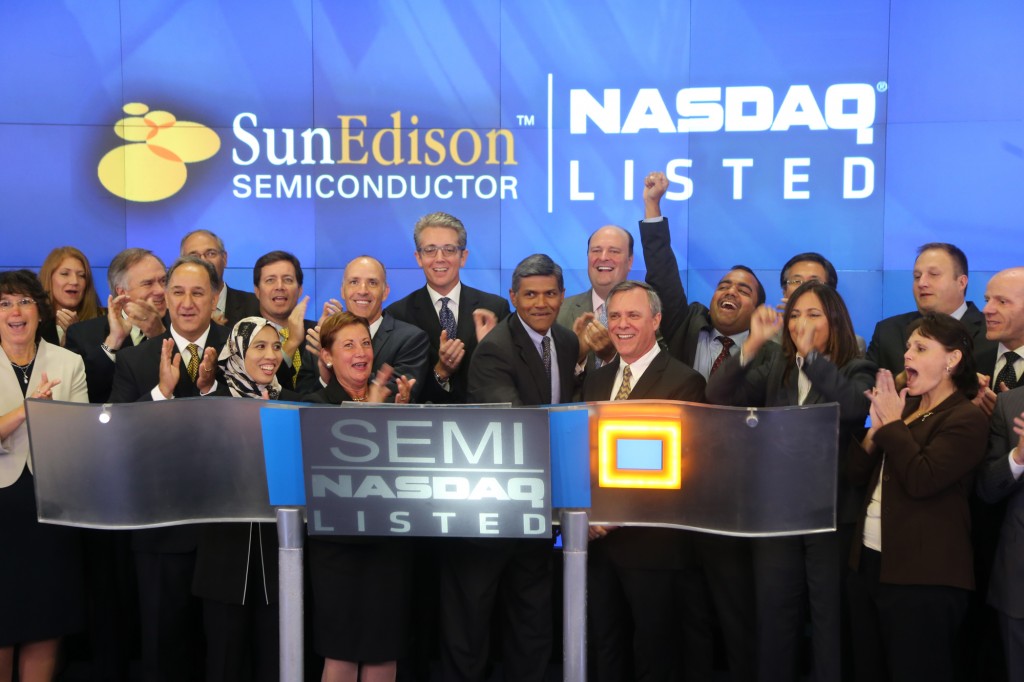 SunEdison Semiconductor is a global leader in the manufacture and sale of silicon wafers to the semiconductor industry. (image: Nasdaq)

The award is presented to those suppliers that have provided outstanding products and service to Samsung. This is the second time in the last three years that SunEdison Semiconductor has received this award. The award was presented to SunEdison Semiconductor by Samsung’s Vice Chairman & CEO, Dr. Oh-Hyun Kwon, during its Partners’ Day ceremony in Seoul, Korea on January 24, 2015.

“We are honored and proud to receive this award from Samsung,” commented Shaker Sadasivam, President & CEO of SunEdison Semiconductor. “I would like to thank Samsung for this recognition, and all of our employees whose dedication and hard work enabled this achievement.”