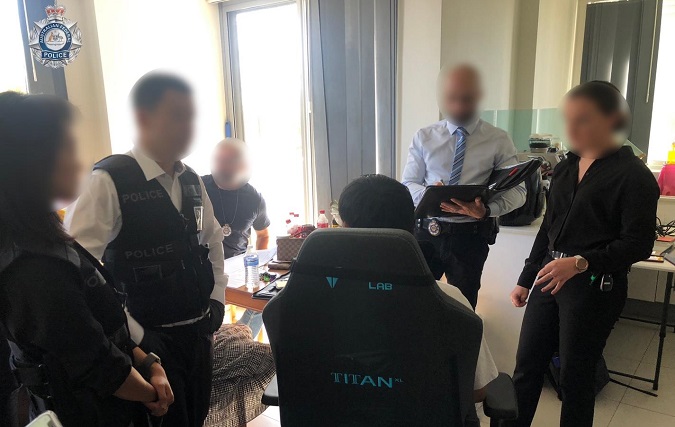 SEOUL, Nov. 25 (Korea Bizwire) — Police have arrested the key suspect in a notorious online sex abuse crime targeting underage people at his home in Australia in a joint operation with the Australian police, officials said Friday.

The suspect, popularly known as “L” in South Korea, was apprehended at his home in the outskirts of Sydney on Wednesday in a raid conducted in a joint operation between the South Korean and Australian police, the Seoul Metropolitan Police Agency said.

The suspect was accused of threatening nine underage victims into sexually exploitative digital materials between late 2020 and August this year and circulated them on the Telegram messenger service.

In South Korea, his sex crime operation has been known as the “second Nth Room,” nicknamed after the horrendous case of Telegram-based cybersex trafficking between 2018 and 2020.

The suspect repeatedly changed his Telegram nickname and kept opening new Telegram rooms to evade scrutiny. He signed out of Telegram and went into hiding in late August after a police investigation kicked off.

Having confirmed his identity, the police had secured an arrest warrant and made a red notice request to the Interpol last month to track him down.

The police plan to cooperate with the Australian police first to indict him in Australia on charges of producing and possessing sexually exploitative materials involving minors before bringing him back to South Korea for a separate investigation, according to police officials.

Police here have so far referred a total of 21 people to the prosecution on charges of involvement in the Telegram sex abuse crime or possessing, circulating or watching the illegal materials.