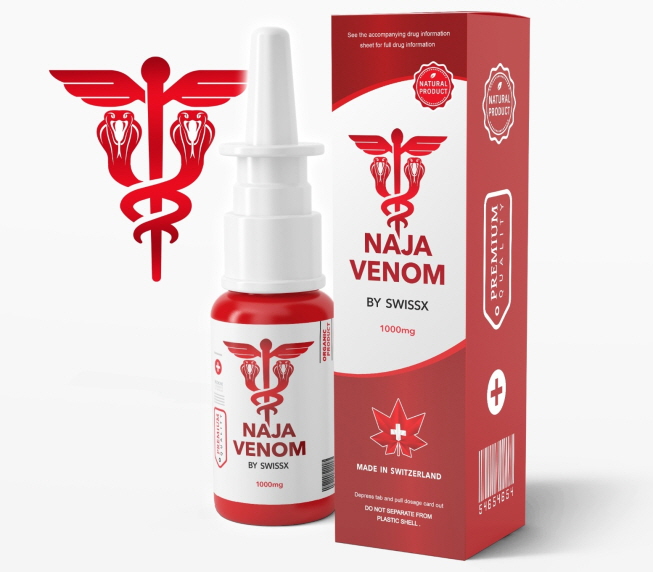 GSTAAD, Switzerland, April 10 (Korea Bizwire) — Swissx Labs AG CEO Alki David called on government agencies and health organizations around the world to study  Swissx Naja Venom, a military-grade anti-viral, for its potential to aid the fight against COVID-19.  Swissx Naja Venom was developed after seven years of research into fighting viruses made by top virologists Dr. Paul Reid of the U.S. and Dr. Dorothy Bray of the UK. It is a blend of highly venomous peptides that can fight almost any virus with no side effects. Swissx Lab’s Washington D.C. office, led by Jeffrey Taylor, is already in talks with Vice President Mike Pence’s Coronavirus Task Force and Alki David is working with Magic Johnson on trials among NBA players now. While studies are underway, Swissx Labs has made Naja Venom available to the public at swissx.com.

“At Swissx, we give scientists a platform where they can excel. And once again we find that the earth gives us everything we need to live,” said Alki David, CEO of Swissx Labs. “This deadly animal also gives us the thing we need to save lives–it’s beautiful. It’s ‘For the Higher Good.’”

Swissx pain management formulas using the same peptides have previously been registered with the FDA via the National Drug Code Directory and have been distributed to the public. Swissx Naja Venom has just been registered and has previously been found to reduce viral load counts in syphilis and HIV. Reid and Bray believe there is evidence Naja Venom will be an effective tool in boosting immunity against viruses like COVID-19.

Swissx Naja Venom can be administered nasally and Dr. Reid says patients may be able to feel its effects within 36-72  hours. In many cases, a patient will show no trace of a virus after a 10-14 day course of Naja Venom, based on previous trials with other viruses. Extreme cases, under care of a medical professional, should use Naja Venom administered by syringe.

The venom comes from the species Colubar naja, also known as the Indian Cobra–animals with the divine task of defending the most sacred sites in Asia.  It is collected on farms without harming any animals. Swissx Naja Venom has a shelf-life of ten years making it very valuable for future outbreaks of yet unknown viruses as well.  Swissx also offers hemp-infused analgesic venom products, made from Swissx’s proprietary CBD hemp strains grown in Switzerland.

Dr. Paul Reid has been working in drug development for years and holds 5 patents, with many more pending. He has gained approval for new drugs from the governments of the U.S., Canada, the EU, Russia, South Africa and several countries in South America.  He has contributed to efforts to fight HIV, Hep-C, MS, ALS and cancer. Reid serves as the Co-Director of Green Earth Health LTD in the UK, is the COO of Maitland Labs of Central Florida and Chief Science Officer of Celtic Biotech LTD in Ireland. He has a Pdh. D. in Neurobiochemistry from Imperial College, UK and a degree in Microbiology from Trinity College, Ireland.

Dr. Dorothy Bray, is also a Co-Director of Green Earth Health LTD as well as being the Chief Science Officer of Immugen Pharma LLC which is focused on developing cannabinoids for use against HIV. In the past she has served as a Director for Glaxo Smith Kline, Immunoclin LTD and Cannabis Science Inc. She has a PhD from the University of London’s School of Pharmacy. Bray holds 8 patents and has published extensively in medical journals such as the Journal of Alzheimer’s Disease, World Journal of AIDS, and Malaria Journal.

Swissx Naja Venom is being released under the usual terms of natural wellness products, clearly labeled that it cannot currently claim to be a cure for anything and does not have FDA approval for use against COVID-19 at this time.

Swissx was founded in 2016 by Alki David in Gstaad, Switzerland, and its CBD products have helped millions with symptoms related to anxiety, depression, PTSD, MS, and side effects related to cancer treatment. CBD products have only trace amounts of THC, so there is no psychoactive effect–replaced by a physical “high” of relaxation and well-being. Swissx products have been praised by Tommy Chong, Scott Disick, Jonathan Rhys Meyers, Donatella Versace, and Snoop Dogg.

Alki David has been innovating and fighting the status quo in tech and entertainment for decades. His company FilmOn ushered in the era of cord-cutting and streaming TV, and Swissx was the first CBD product to go mainstream. David is an advocate for expanded plant-medicine legalization around the world. He has most recently funded a push for a constitutional amendment in the nation of St. Kitts and Nevis, which would let poor farmers there rebuild the agricultural sector by growing medicinal hemp.

Swissx Naja Venom and CBD products are available at Swissx.com