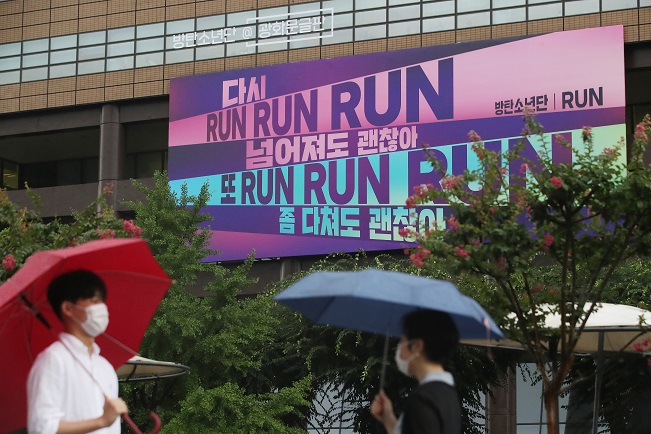 SEOUL, Aug. 4 (Korea Bizwire) — Words from the song “Run” by K-pop group BTS have been featured on an iconic signboard in downtown Seoul. The new billboard on the exterior of the Kyobo Building in the Gwanghwamun square, central Seoul, reads, “Run, run, run again. It’s OK if you fall. Run, run, run again. [...] 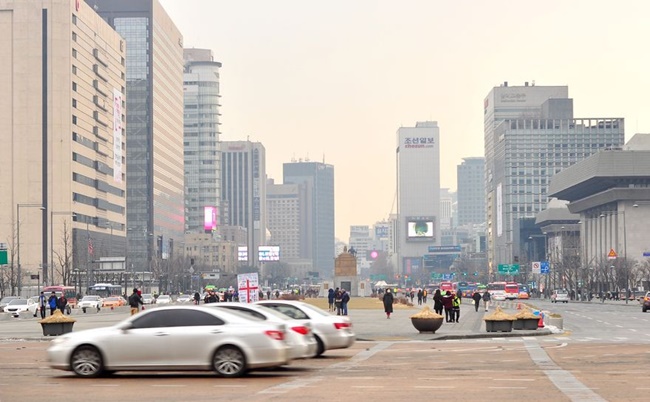 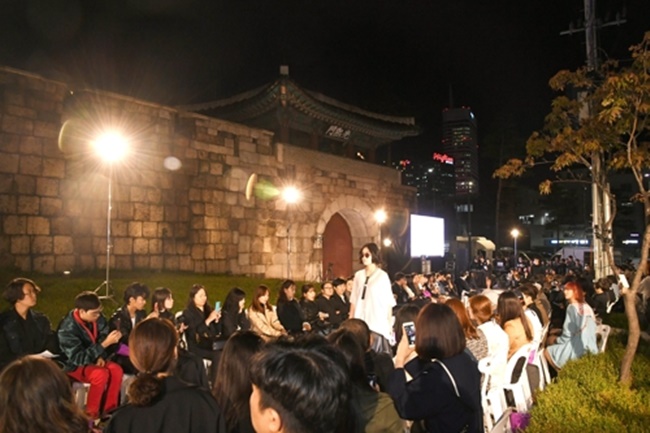 SEOUL, Mar. 14 (Korea Bizwire) — The Gwanghuimun Culture Festival is back for the third time next Monday, bringing a variety of fashion and culture-themed events and shows to Seoul’s historic downtown area. Under the main theme ‘a spring night, fashion and cultural feast’, this year’s cultural event will take place in tandem with 2018 Seoul Fashion [...]

SEOUL, Jan. 15 (Korea Bizwire) – On January 13 in Gwanghwamun Square located in the heart of Seoul, pedestrians were treated to a peculiar sight: a drone buzzing through the air with the Olympic torch perched on its back. This unusual sight was also an unprecedented one, as this particular drone that was honored with [...]

Experience an Evening of Korean Royalty at Gyeongbokgung Palace

SEOUL, Aug. 25 (Korea Bizwire) — The Culture Heritage Administration announced on August 24 that for 50,000 won, anyone can be a king or queen – for about two hours. The actual announcement made by the administration was that from September 3 to 24, Gyeongbokgung Palace will host two sessions of evening tours during which [...] 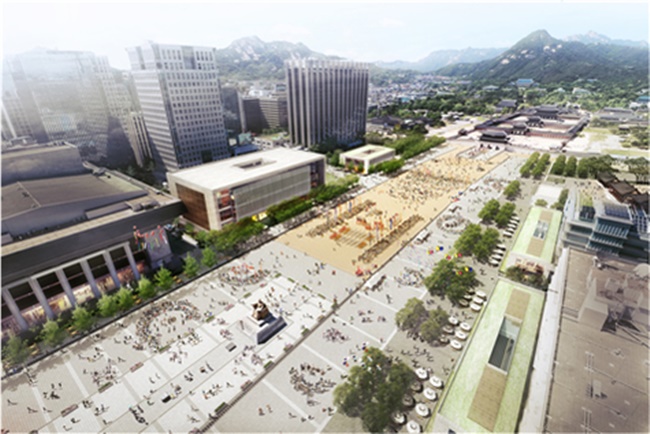 Gwanghwamun Square Could Be Car Free in Future

SEOUL, June 1 (Korea Bizwire) – Gwanghwamun Square, one of Seoul’s most famous landmarks in the heart of the historical downtown area, could become a more pedestrian-friendly and car free space, according to a new urban design proposal put forward by Seoul’s official urban planning committee. Gwanghwamun Forum, a committee consisting of some 40 experts in [...] 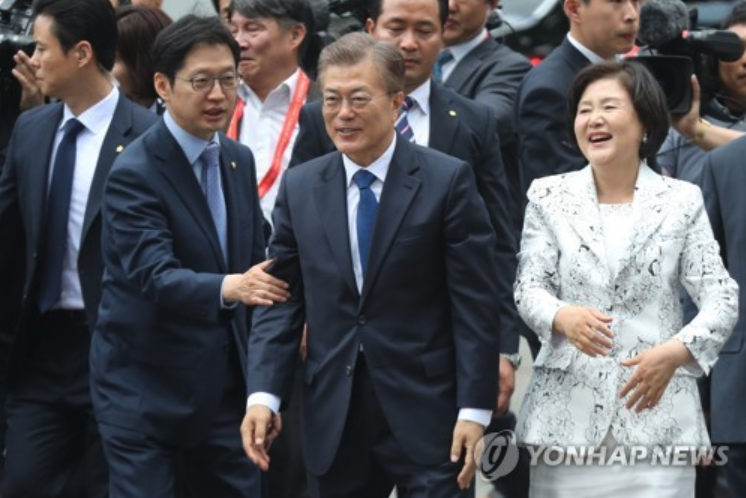 SEOUL, May 11 (Korea Bizwire) – President Moon Jae-in on Wednesday promised to begin what he calls a “Gwanghwamun Presidency.”  Gwanghwamun Square in central Seoul was the main stage for the candlelight protests demanding President’s Park Geun-hye’s resignation (or impeachment), gathering millions of Koreans from across the country.  But even before the mass rallies, the area [...] 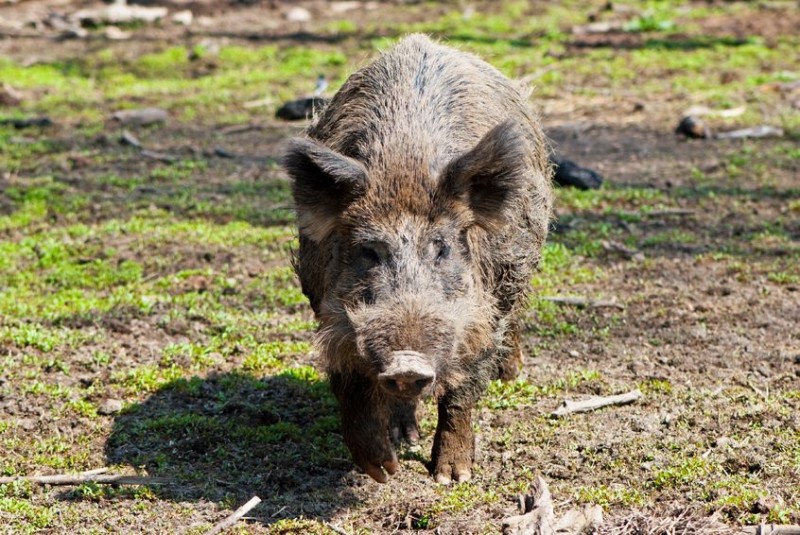 SEOUL, April 10 (Korea Bizwire) – As an increasing number of wild animals in South Korea find themselves short of food during the spring season, some animals are emerging from their natural habitats in search of food. A series of incidents where wild animals have come in contact with people in unexpected places such as the [...] 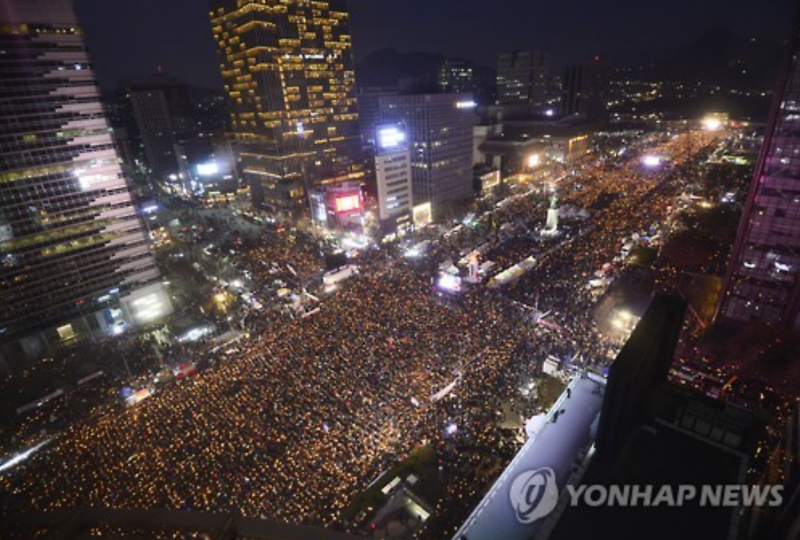 Protests a Boon for Businesses in Central Seoul

SEOUL, Dec. 9 (Korea Bizwire) – Stores and restaurants near Gwanghwamun Square, which has been the center of mass candlelight protests for almost two months, have seen sales soar with the ongoing civil unrest.  According to KB Kookmin Card, the number of credit card transactions increased by 24 percent to 1,086,910 compared to last year [...] 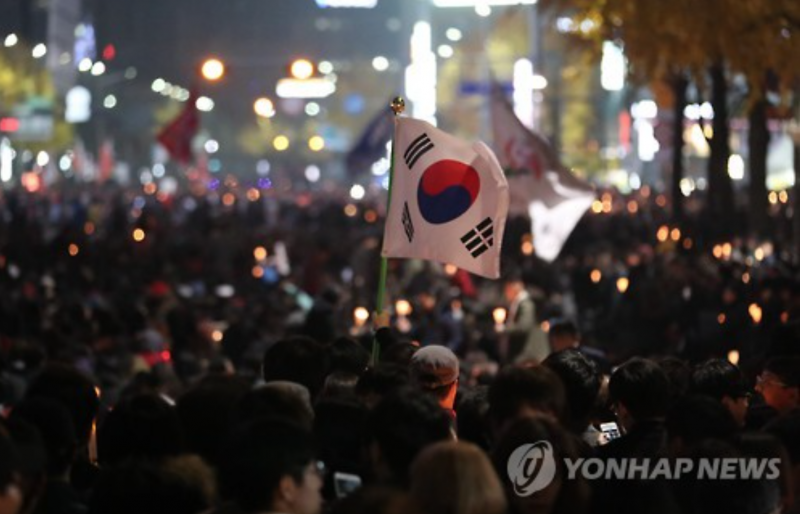 DAEJEON, Nov. 23 (Korea Bizwire) – It has been a month since Koreans started to take to the streets to protest the ongoing political scandal. Now, a new smartphone app will better serve over one million (organizer estimate) citizens that will once again gather in Seoul’s Gwanghwamun neighborhood this Saturday.  The app is called the [...]