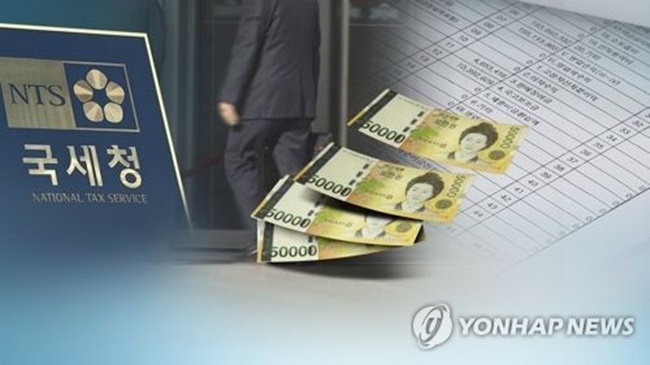 A task force assigned to carry out sweeping reform of the National TaxService (NTS) has looked into 60 cases which were suspected of being politically motivated by the tax office. (Image: Yonhap)

SEJONG, Nov. 20 (Korea Bizwire) – The state tax agency has been allegedly involved in a number of abuse of power cases for political purposes in the previous conservative governments, a panel said Monday.

A task force assigned to carry out sweeping reform of the National Tax Service (NTS) has looked into 60 cases which were suspected of being politically motivated by the tax office.

The task force was launched three months after liberal President Moon Jae-in took office in May and has 19 members, including NTS officials, professors and civic group activists.

It said it found allegations that the NTS had abused its authority in conducting five investigations into local firms, including Taekwang Industrial Co. since 2008 under the previous conservative Lee Myung-bak and Park Geun-hye governments.

The company’s former chairman Park Yeon-cha was prosecuted in 2008 on charges of bribing a handful of politicians, some of whom were close aides to former President Roh Moo-hyun, who served as president between 2003 and 2007.

“We see that the NTS’ investigation into Taekwang Industrial likely violated the principle of fairness and political neutrality,” the task force said in its mid-term report.

It said it will bring serious cases to the state prosecution after wrapping up the study and ask the NTS to come up with measures to prevent further power abuses.