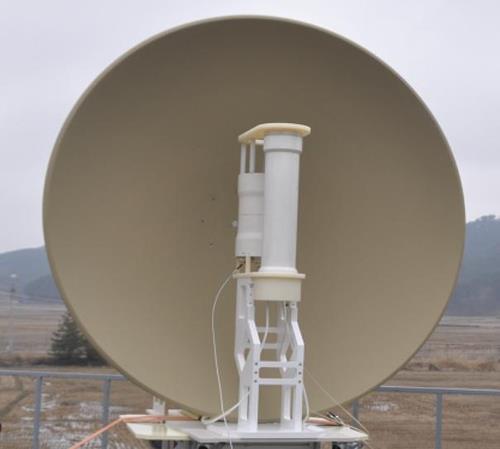 The picture, provided by the Agency for Defense Development (ADD), shows a high-powered electromagnetic pulse (EMP) generator developed by the ADD. (image: Yonhap)

According to the officials, the Agency for Defense Development (ADD) has developed a directional, high-powered EMP generator, and it’s trying to devise ways to use it against small North Korean unmanned aerial vehicles (UAVs).

An EMP occurs when a nuclear device is detonated at a high altitude, potentially damaging the power grid and rendering most electronic devices useless.

The ADD is said to be studying unmanned aircraft’s potential weaknesses against EMP. Its EMP generator and its potential defense against drones were presented during a conference hosted by the Korea Institute of Military Science and Technology last week.

The ADD is also preparing for research on neutralizing North Korean UAVs with other technologies, including the use of artificial intelligence to detect and track drones.

In addition, the ADD and the national defense industry are considering developing GPS jamming technology and small guided rockets to shoot down unmanned planes.