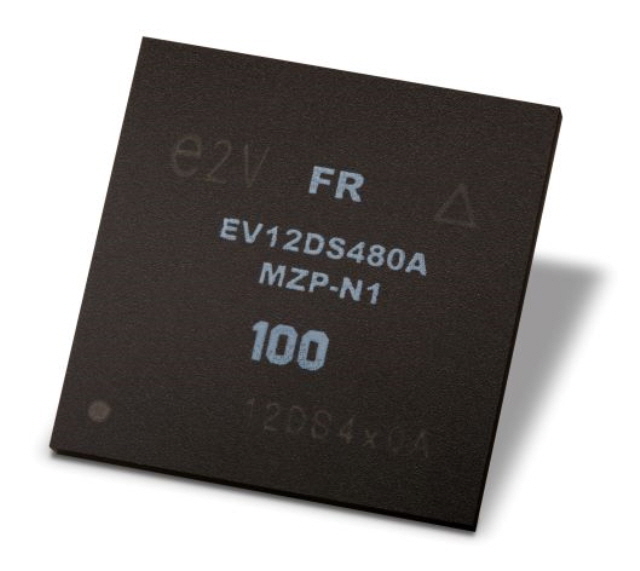 BREMEN, GERMANY, Dec. 3 (Korea Bizwire) – Teledyne e2v today confirmed during its participation at Space Tech Expo that its EV12DS480 digital-to-analog converter (DAC) has been approved for use in space applications after it experienced irradiation tests. The EV12DS480 is a 12-bit 8 GSps DAC, now ready for space applications, designed for Newspace systems and offered in various reliability grades (including NASA Grade 1). This new DAC provides an analog bandwidth extending beyond 7GHz facilitating multi-band, direct digital synthesis up to K-band (26.5GHz).

The series of tests included Total Ionizing Dose (TID) and Heavy Ions (HI) measurements. The tests were carried out to show that electronic components are capable of performing in a harsh space environment. TID tests were performed to evaluate the functionality and performance parameter drifts of the Device Under Test (DUT). Heavy Ions tests were conducted at the RADiation Effects Facility (RADEF), specialized in applied research around nuclear and accelerator based technologies. The HI tests evaluate the Single Event Latch-up (SEL) and Single Event Effects, which include Single Event Upset (SEU), Single Event Functional Interrupts (SEFI), and Single Event Transient (SET). These tests are important to ensure continuity and minimize drift.

“Tests on several EV12DS480 DAC devices are still underway with a dose rate of 10 mrad/s, with neither failure, nor parameter drift up to 100 krad(Si). Teledyne e2v is planning to continue testing up to a targeted cumulative dose of 150 krad(Si).” says Romain Pilard, Application Engineer from Teledyne e2v.