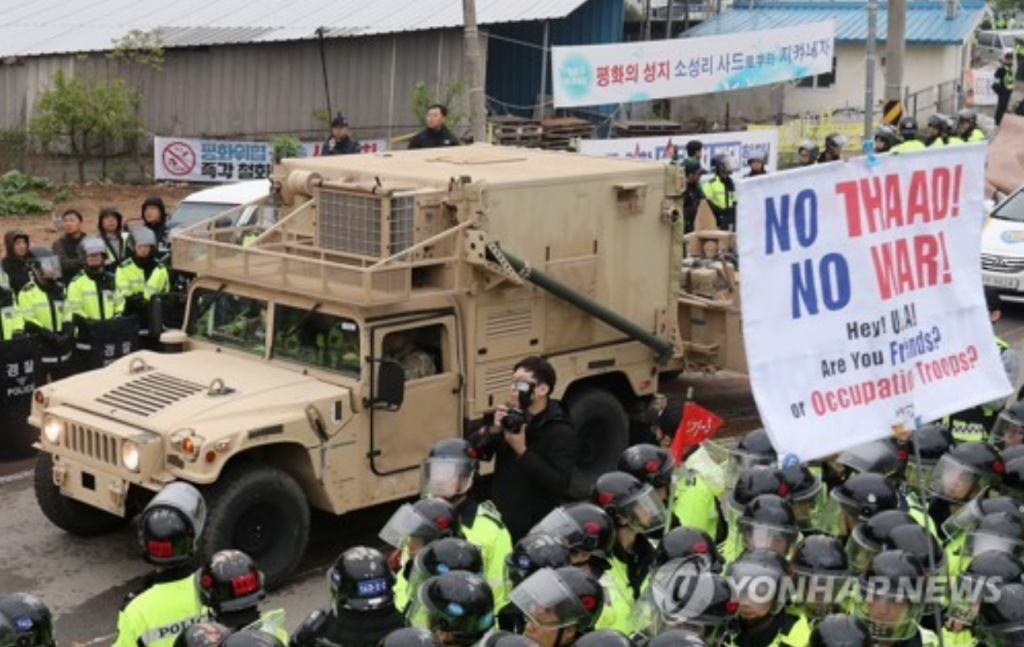 People in Seongju, a traditionally tranquil town known for melon farming, are concerned that the area will become a prime target for the North’s rocket or missile attacks. (image: Yonhap)

The overnight, unannounced operation came just six days after U.S. Forces Korea (USFK) secured the land in Seongju, North Gyeongsang Province, from the South Korean government. A joint environmental survey required under the bilateral Status of Forces Agreement (SOFA) is not done yet, according to officials.

Six trailers reportedly carrying the high-profile X-band radar of the THAAD system, mobile launchers and other elements were seen entering the civilian-restricted zone starting around midnight.

USFK issued no statement on the sensitive issue, but South Korea’s Ministry of National Defense confirmed the start of full-scale deployment.

“The measure this time is meant to secure early operational capability by positioning some available parts first at the site,” the ministry said. 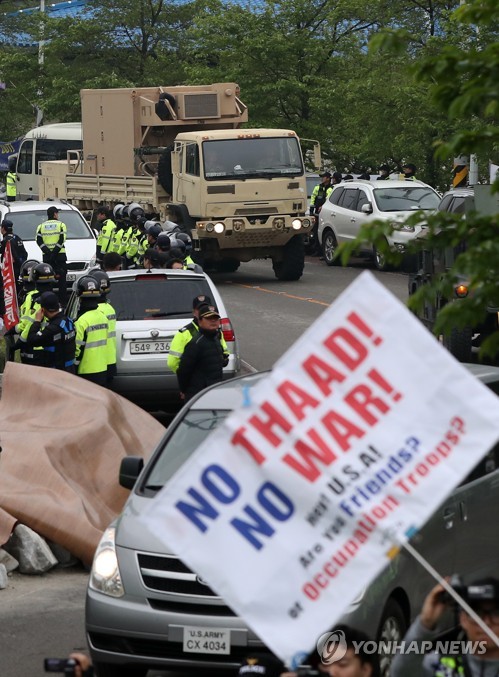 The two sides will proceed with the environmental assessment and construction of relevant facilities as scheduled, it added.

The allies plan to put the THAAD unit into full operation by the end of this year, according to the ministry.

Hundreds residents in the town clashed with police as they protested the transportation of the THAAD equipment.

They waved pickets reading “No THAAD, No War” and “Hey, U.S.! Are you friends or occupying troops?”

“Police let THAAD equipment pass through (protesters) by repressing them,” Kang Hyun-wook, a religious figure staging a street rally, said. “The THAAD deployment is illegal and should be nullified.”

People in Seongju, a traditionally tranquil town known for melon farming, are concerned that the area will become a prime target for the North’s rocket or missile attacks.

The THAAD issue is not just about military strategy; the public is split over whether it should be deployed at all, especially ahead of the May 9 presidential elections.

Moon Jae-in of the liberal Democratic Party, an apparent front-runner in the presidential race, maintains that the controversial decision by the government of the ousted president Park Geun-hye should be reviewed by the next administration.

There is speculation that the U.S. is speeding up the THAAD deployment in order to make it irreversible. 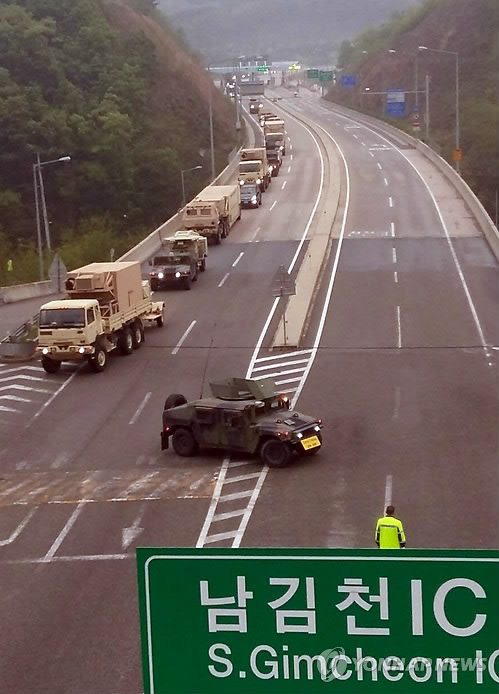 It has also taken a toll on Seoul’s ties with Beijing.

China, South Korea’s neighbor and top trading partner, opposes the deployment of the THAAD system on the peninsula.

Designed to shoot down missiles at a high altitude from North Korea or elsewhere, a THAAD battery is made up of six truck-mounted launchers carrying some 50 interceptor missiles, and a fire control and communications unit, which are linked to the very long-range X-band radar system.