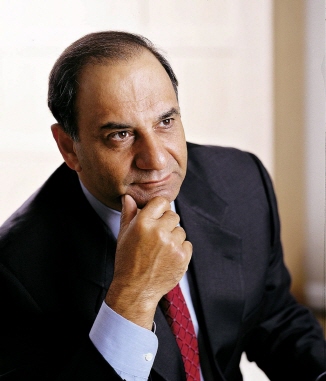 He was chosen for this honor in recognition of his commitment to humanitarian causes, to justice and human dignity, and to the plight of displaced people across the world. Mr. Kathwari has served in numerous capacities at many nonprofit organizations; among them, he is currently a member of the Board of Overseers of the International Rescue Committee, and a chairman emeritus of Refugees International.

The gala commemorated CIRI’s 100 years as the state’s leading champion for refugees, immigrants, survivors of torture, and survivors of human trafficking. Founded in 1918 as the International Institute of Connecticut (IICONN), CIRI remains the state’s preeminent provider of advocacy and high-impact services that empower new Americans to thrive in Connecticut.

Claudia Connor, CIRI CEO and President, said, “Because we believe most Americans value the contributions that immigrants and refugees make to our nation, we continue to fight for their rights in a difficult political climate. Our mission is to provide comprehensive and compassionate legal and social services for vulnerable foreign-born residents of Connecticut. This mission has never been more essential than it is now.”

Ms. Connor continued, “Our gala honoree, Farooq Kathwari, symbolizes the many ways in which foreign-born Americans have helped build our country. As a respected business leader, he has grown Ethan Allen into a leading furniture and design company that employs more than 5,000 people in Connecticut and North America. He embodies the American dream of building a better life for his family and community and has given back many times over through his nonprofit and charitable work.”

Mr. Kathwari said, “I am proud to support the valuable work that CIRI does for immigrant and refugee communities in Connecticut. As an immigrant myself, I know that everyone who comes to America has the opportunity to contribute and enrich his or her new home.  But no one can succeed alone. CIRI provides the necessary services that new Americans need to start down the path to success.”

Mr. Kathwari emigrated to the United States in 1965. He joined Ethan Allen in 1980, when it acquired KEA International, a company he formed in 1973 in partnership with Ethan Allen. Kathwari quickly rose through the ranks and became president in 1985 and board chair and chief executive officer in 1988. He has overseen the transformation of Ethan Allen, making it a quintessential American brand with a wide-reaching global presence, emphasizing quality, craftsmanship, diversity of styles, and environmental excellence as hallmarks of the brand.