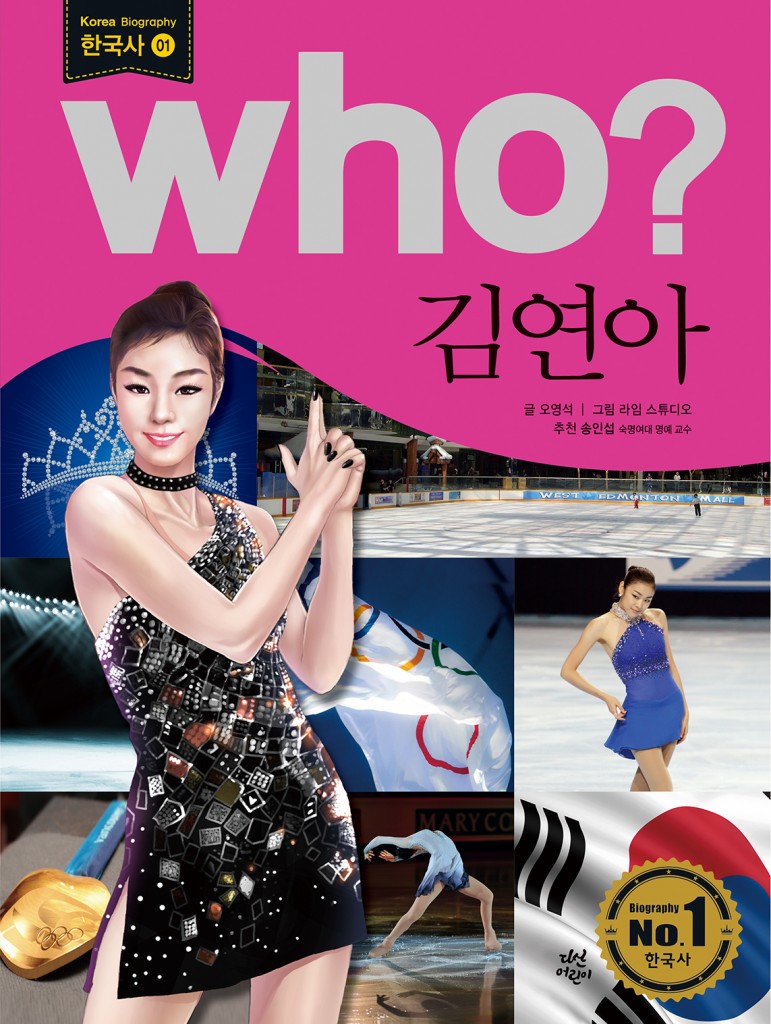 The biography of the figure skating queen was published as part of a book series “Korean History – Who?” (image: Dasan Books)

SEOUL, May 19 (Korea Bizwire) – A spot on the podium has once again been made for “Queen of Ice” Yuna Kim, as her biography becomes a bestseller in Children’s book corner in bookstores immediately after its publishing.

Meanwhile, the children’s No. 1 selling book has recently been caught up in a controversy as images of other skaters were used on the back cover of the book. Soon enough, complaints have been streaming into the publisher’s office.

The biography of the figure skating queen was published as part of a book series “Korean History – Who?” the series has already been published on 100 historical figures from all around the world, and Yuna’s edition is the first one to be published in the Korean history set.

The “Who?” series has implemented similar design concepts on its covers all through the compendium, in which the images of main characters were put on the front cover, and images of related figures were printed on the back.

For example, on the back cover of the famous architect Antonito Gaudi’s edition, images of other Spanish buildings from various architects other than Gaudi were published with pictures of Gaudi’s works beside them.

However, Dasan Books, the publishing company of the biographies, decided to discard some thousands covers of the book which have been already printed, and to entirely revise the design of the back cover to embrace Yuna fans’ claims. Such a swift measure is exceptional in the publishing industry as publishers are usually reluctant to modify the contents of their books unless an outright mistake has been found.

An official in the publishing house said, “A decision to scrap the printed copies when there isn’t a distinct error was not an easy one to make, but we thought it was important to really listen to our customers and to respond with immediate feedbacks.”

This case displays an epitome of how consumer-company conflicts, many of which appear to be endless consumptive brawls between careless consumers and negligent companies these days, should be resolved with modesty and respect from both sides.