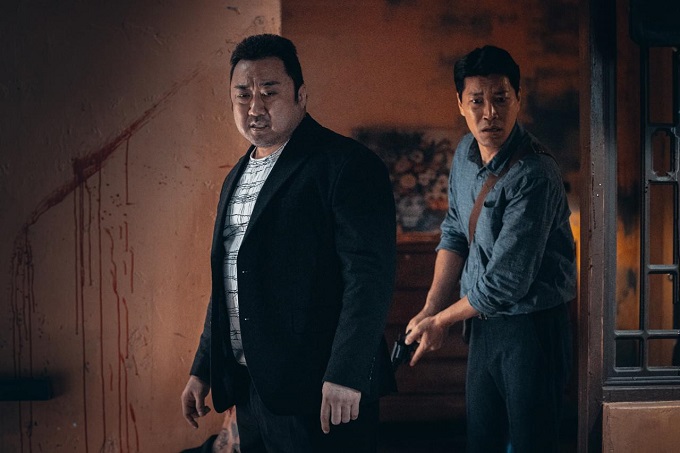 This image provided by ABO Entertainment shows a scene from “The Roundup.”

The sequel to the 2017 hit comedy “The Outlaws” garnered about 467,000 viewers upon its debut Wednesday, accounting for 89 percent of the tickets sold on the day, according to the Korean Film Council (KOFIC).

It marked the largest first-day score for a homegrown film since the new coronavirus broke out in early 2020, outnumbering the previous record of 354,000 set by the zombie apocalypse thriller “Peninsula” in July 2020.

“The Roundup” tells the story of Detective Ma Seok-do (Ma Dong-seok) heading to Vietnam to extradite a suspect only to find out about additional murder cases involving an unknown killer who has committed crimes against tourists for many years.