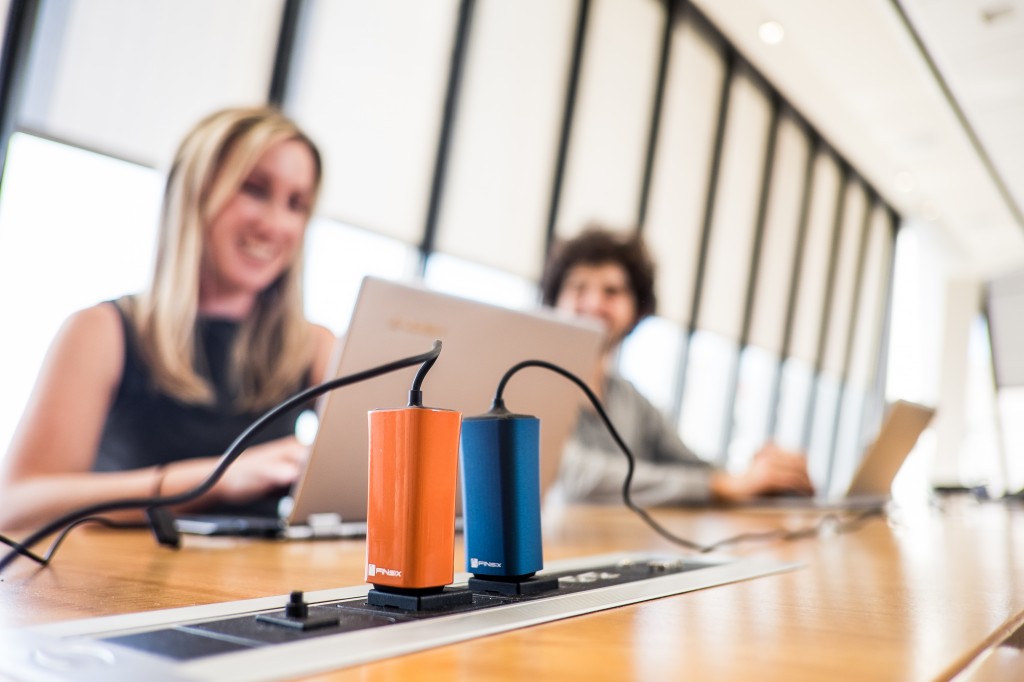 Originally  unveiled at the 2014 International CES, where it received numerous  industry awards, the Dart is now available for pre-order on Kickstarter.com  starting at $79 – a $40 discount off the expected retail price. The  miniature universal adapter, which only consumes the space of one wall  socket and comes in a variety of bright colors, is expected to begin  shipping in November 2014.

Vanessa  Green, CEO of FINsix, said: “We are very excited to make the Dart  available to consumers and businesses. Its small size and ultra-light  weight make it incredibly portable, and its built-in USB port eliminates  the need to carry multiple chargers. With the Dart, we look forward to  lightening the load of everyone on the go.”

Specifications for the FINsix Dart:

FINsix’s disruptive technology is transforming power delivery for  consumer electronics. The worldwide leader in VHF power conversion  technology (30 to 300MHz switching frequency), FINsix Corporation is  bringing to market highly miniaturized power electronics that offer high  power density and excellent performance. FINsix was founded in 2010 as a  spinout from the Massachusetts Institute of Technology LEES Laboratory.  The company has 20 issued and pending patents and is based in Menlo  Park, CA. Click  here to pre-order the FINsix Dart on Kickstarter today.