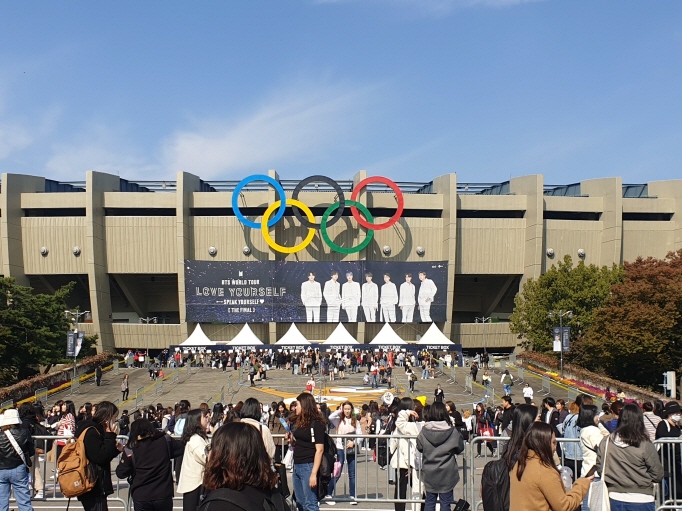 Countless fans, who gathered in front of the stadium hours before the concert began, took photos with the members at the large photo zones and on panels decorated with song lyrics and photos of members. 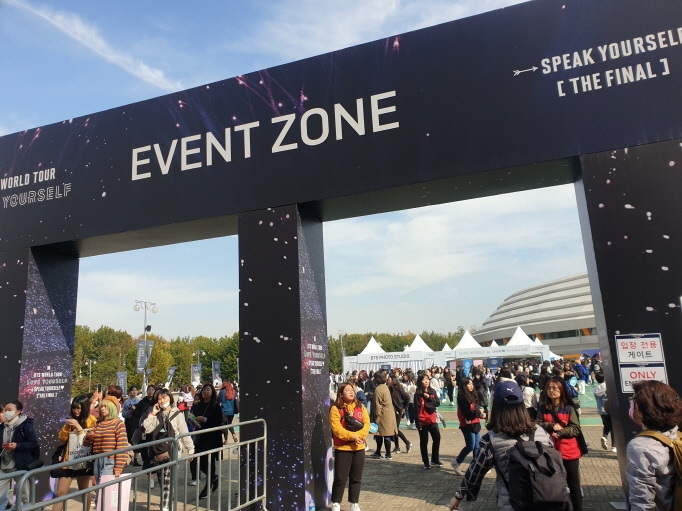 Not only the concert stadium but also the subway station at the nearby the stadium was filled with BTS content, holding fans at their feet.

BTS will hold one more show in Seoul on Tuesday to wrap up their six-month world tour. 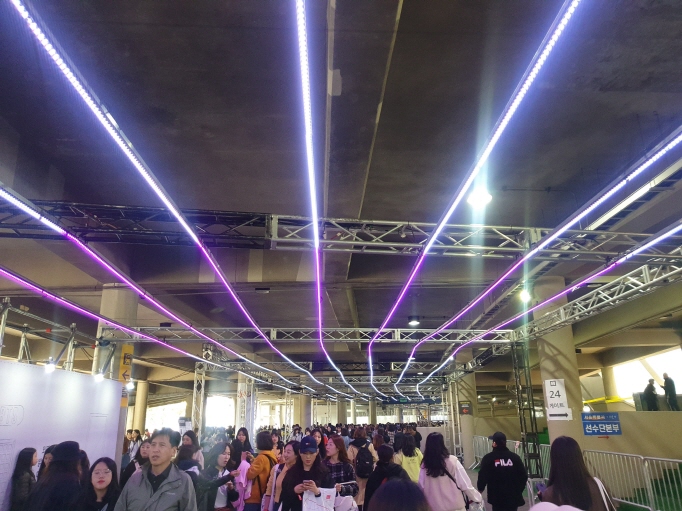