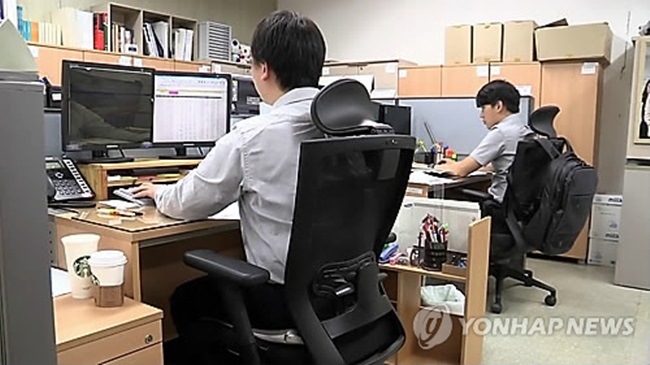 In South Korea where academic background and one’s hometown are important in people’s career, companies tend to favor graduates from universities in the capital when hiring new employees. (Image: Yonhap)

Top online job search portal JobKorea said its recent survey of 352 office employees showed that 33.8 percent of the respondents have felt a sense of alienation during their career because of their academic background.

Yet JobKorea said the percentage is down 23.9 percentage points from five years earlier.

The portion was the highest for those with high school diplomas or lower educational background at 56.7 percent, with the comparable figure coming to 17.3 percent for graduates from universities in Seoul.

In South Korea where academic background and one’s hometown are important in people’s career, companies tend to favor graduates from universities in the capital when hiring new employees.

The survey also showed that about 35 percent of the respondents cited the lack of foreign-language capabilities as their biggest weak point.

The poll came a day after President Moon Jae-in urged the introduction of a “blind screening” system for hiring all new employees in the public sector, saying it will help ensure jobs go to the most qualified, instead of those with better personal or school ties.

Under the blind system, job applicants will not be obliged to write down their academic background, physical condition or birthplace unless the jobs they are seeking to land require such information. The move is apparently aimed at removing the possibility of public firms or recruiters hiring employees based on their ties or acquaintances with the job applicant or family members.